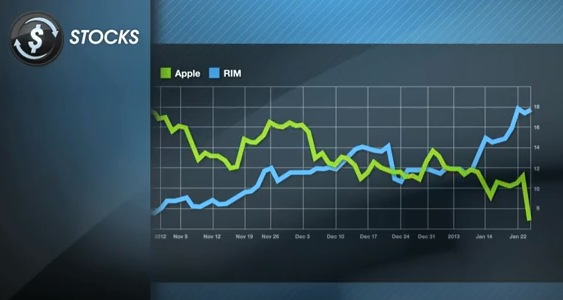 Just over three hours ago the Rick Mercer Report uploaded a TV ad to its YouTube channel for a new BlackBerry ‘Reversal of Fortune’ app. This new app shows how much RIM’s stock has risen and how Apple’s stock has declined, plus a few other extras targeting iPhone users. Check it out below:

On Wednesday, January 30th, RIM is set to simultaneously announce the launch of its much anticipated BlackBerry 10 smartphone line up, which many hope will turn the tide of misfortune for RIM.

The City of Kitchener will overrule its municipal regulation and allow RIM to put up free advertising in the downtown core during this Wednesday’s launch, with the mayor saying “it just makes sense for us to be supportive of RIM.”