After measuring the performance of the iPhone 5c, iPhone 5s, and Samsung Galaxy S3, OptoFidelity, a Finnish company specializing in test and measurement automation, has apparently found that the screen of the Apple handsets is less accurate in terms of touch sensing (via GSM Arena).

To find out which handset has the most touch-accurate screen, the Finnish company put the devices to use with the OptoFidelity TPPT (Touch Panel Performance Tester), which measures the touch panel accuracy using a robot with an artificial finger.

Using that artificial finger, they essentially tapped the phone across the screen and compared the actual touch position with reported coordinates, with the PASS/FAIL limit being 1 mm and the green points indicating pass, while the red ones indicate fail.

Below, you can see what they found: 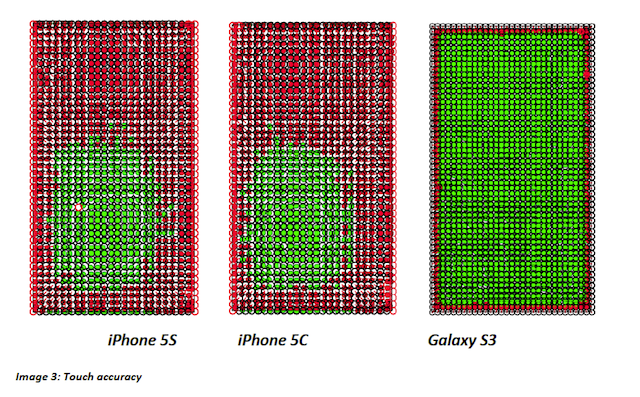 The artificial tapping of the screen found that users may have issues pressing the letters Q, O, and P on the artificial keyboard of the iPhone 5s and 5c. One thing they omitted, though: machine testing doesn’t equal real-world usage. 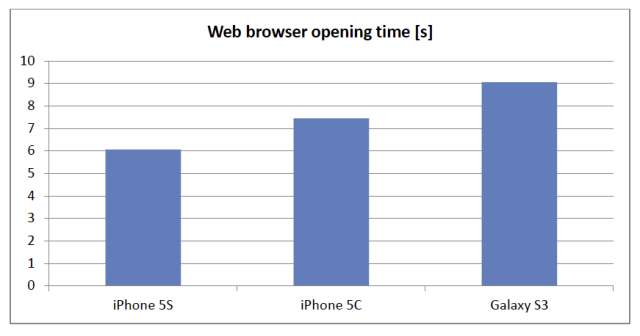 Going further, the same OptoFidelity report has reinforced an earlier Agawi report regarding the iPhone’s touch screen latency. Agawi found that the iPhone 5’s touch screen is far more accurate than any of the measured Android competitors, while the Finnish company’s testing has found that the screen of the iPhone 5s and 5c is far more accurate than the Samsung S3’s.

Below you can find a test measurement demo video: