Earlier this week we reported about the mysterious 8GB iPhone 3GS from Rogers. First it showed up on the Rogers website and then was seen on the Rogers internal sales systems. After a few hours that same day, the website was amended to no longer show an 8GB option for the iPhone 3GS.

Well, it seems that this rumor may finally be over as Rogers has now amended their internal sales system of the 8GB iPhone 3GS, officially stripping any reference of the device from the company. 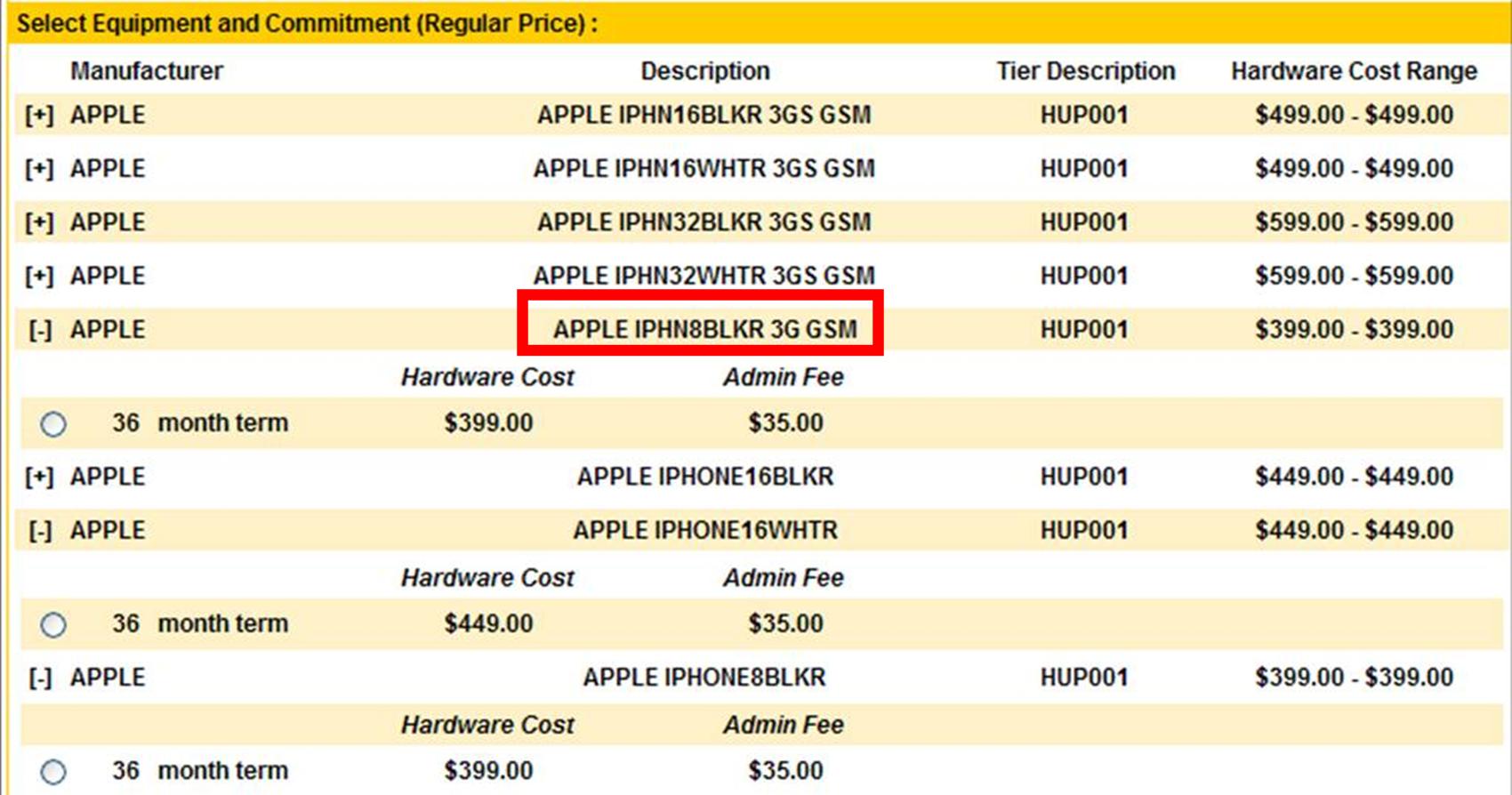 Earlier in the week there was a reference to “APPLE IPHN8BLKR 3GS GSM” which was the product code for the Apple 8GB iPhone 3GS.

As you can see above, that code has been stripped but only the “S” has been dropped. The new code reads: “APPLE IPHN8BLKR 3G GSM“.

What’s interesting here is that Rogers already has a product code for the 8GB iPhone 3G, seen in the image below, four entries under the 32GB White 3GS code. That code for reference is: “APPLE IPHONE8BLKR“.

This leaves the sales system with two different codes for the same 8GB iPhone 3G.

While Rogers has fixed their mistake, they only dropped the “S” from the originally posted product code, leaving two codes for the same 8G iPhone 3G. After considering this, one is left wondering could the 8GB iPhone 3GS still be?

As I said earlier in the week, it is one thing to have a graphical error on your website, but it is an entirely different thing when that “error” has been written into the sales system of your company.

While the chances are low for an 8GB iPhone 3GS, especially since it is Apple that announces hardware and not wireless carriers, there is always a small chance that it could be released. This could have easily been a slip up by Rogers for an iPhone that could be coming soon.