Let’s add more fuel to this fire shall we.

As we reported this morning, the Rogers website had a clear indication that it was selling an 8GB iPhone 3GS (remember, the 3GS only comes in 16/32GB capacities). Below is a screen shot of that web page from Rogers.com:

Well everyone figured this was a mistake, as we all know Rogers makes a lot of mistakes. Aside from that, here is a list of why this could be fake:

2.) No indication of an 8GB iPhone 3GS from any other wireless carrier worldwide

3.) The iPhone 3GS comes in 16GB and 32GB capacities. An 8GB is a generational step backward.

4.) Rogers is innovative, but not that innovative

To top it off, Gizmodo received a statement from a Rogers spokesperson:

You’re right, there is no 8GB 3G s iPhone. There is a formatting error on our website. It is being corrected asap

Well, for those who believed it was fake, yee faith be rewarded. Here is a screenshot from after 11AM PST on August 10 2009. Notice anything?

Looks like Rogers is no longer offering the 8GB iPhone 3GS. But you didn’t think we were going to stop there, did you?

We all know that Rogers cannot announce Apple products before Apple does, so maybe that “official” statement was just rumor control before the wrath of Jesus Jobs comes down like a hammer? Maybe indeed.

There is One More Thing…

We did some digging and we were rewarded. Below is a series of pictures of the internal Rogers Hardware Upgrade screen. What do you see? 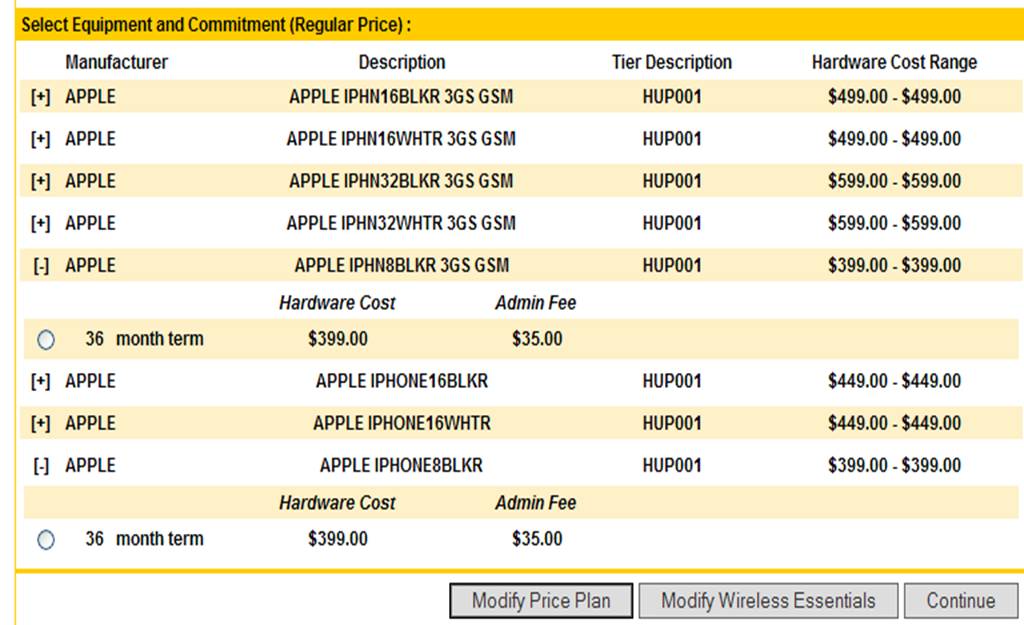 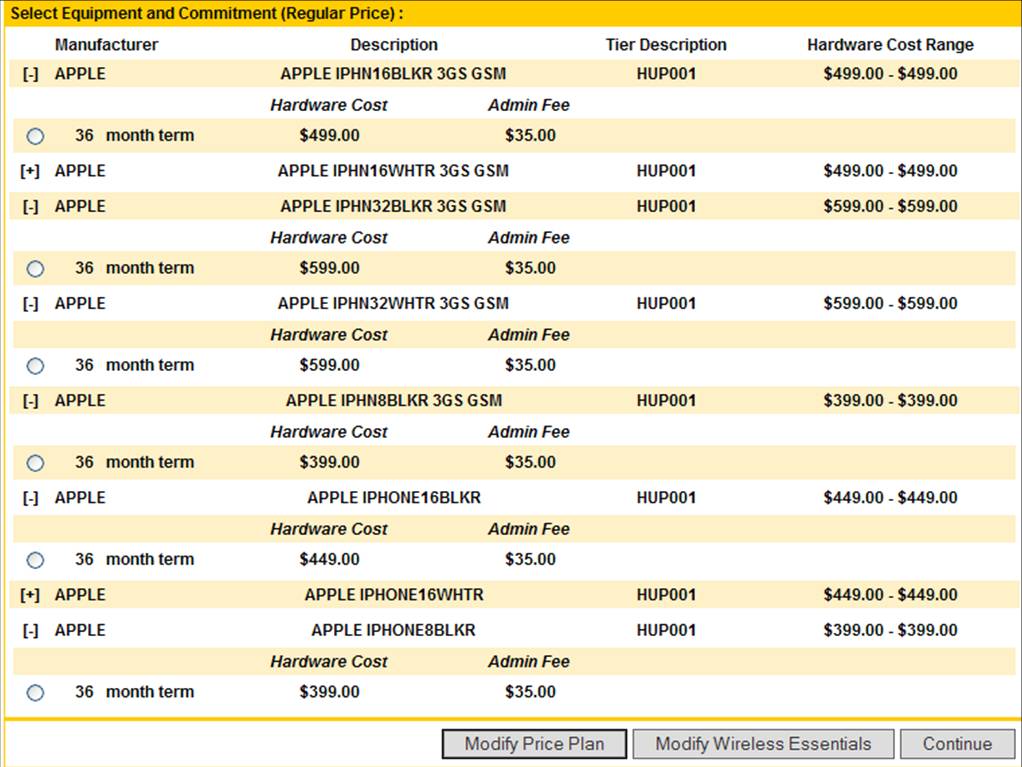 The rest of the family.

So what do you think? Could it be true?

It is one thing to have a graphical error on your website, but it is an entirely different thing when that “error” has been written into the sales structure of your company.

Ultimately it will be Apple that announces any new products, but maybe someone can call Rogers and place an order for one of these 8GB iPhone 3GS devices and see what happens.