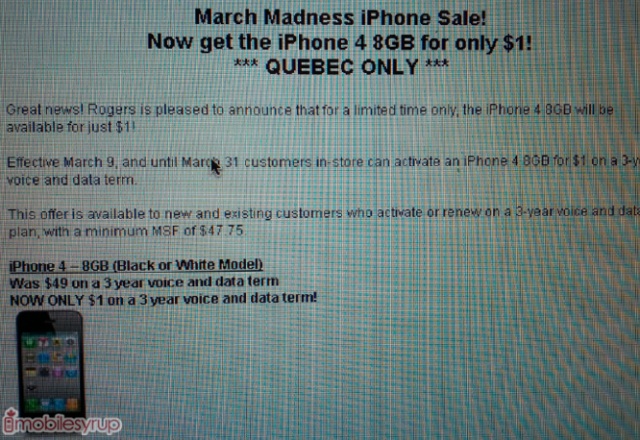 For those in Quebec, there’s a deal from Rogers for the 8GB iPhone 4, as part of a March Madness sale. Normally $49 on a 3 year term, the iPhone 4 is available for only $1. It is available for new and existing customers that renew, and will require a minimum monthly service fee of $47.75, and the deal expires March 31st.

Last December, Rogers offered the 8GB iPhone 4 for free on a 3 year term, while Bell and Telus lowered prices to $49. This is a decent deal for those upgrading to their first iPhone. Anyone jumping on this?