Yesterday was a milestone day for Canadians–they finally got a taste of Android smartphones in Canada. Rogers launched the HTC Dream and Magic yesterday in Canada. In three more days, Bell will launch the Palm Pre in Canada. Next week, Apple’s WWDC begins. The summer smartphone war is finally heating up!

Here are the Android facts from Rogers:

Pricing: The HTC Dream and HTC Magic are available across Canada for $149.99 on a three-year voice and data plan with a minimum combined monthly service fee of $45. Until July 1, 2009, Rogers is offering a $30/6GB data plan for these devices (this apparently is not offered for iPhone 3Gs–which I find VERY strange. Anyone have success adding this on?).

Apps: Powered by the Android operating system, the HTC Dream and HTC Magic offer Canadians the Android Market™ featuring more than 3,200 different apps available for download – with more being added daily. Current apps can do everything helping users find a better deal on a product by scanning a barcode to identifying the name and artist of a song playing on the radio within seconds.

Speed: With Rogers Wireless™ 3.5 HSPA network, coupled with download speeds of 7.2 Mbps, mobile browsing from the HTC Dream and HTC Magic is comparable to a desktop experience, and three times as fast as the competition.

Here are some pictures of the Dream in white and Magic in black: 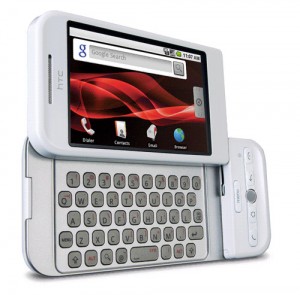 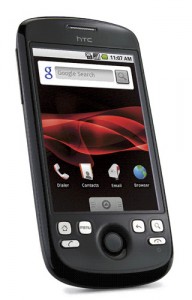 We have a new blog to introduce to everyone now, especially for switchers to Android. The site is www.AndroidinCanada.ca and is what I’d like to call a “brother” site of iPhoneinCanada.ca. Feel free to subscribe to the RSS feed for more Android info for Canadians!

The so called “Rogers Revolution” has not resulted in the excitement and fervor that only Apple can bring. People looking for an alternative to the iPhone now have some viable choices: Android or the Palm Pre. Regarding the Pre, early reports say the OS is magnificent but the keyboard and build quality is suspect. Apple is up to their old tricks so expect some surprises to come on June 8th!

Question of the day: Did you switch from the iPhone to the HTC Dream/Magic?