One of the smaller, not widely known features of iOS 4, is the ability for carriers to push out updates, over the air. Previously, this could only be done, via iTunes. This isn’t Apple firmware updates, but rather carrier specific updates.

The iOS 4 betas have been coming with Rogers carrier updates. Rogers 6 was the first one I noticed, then it was updated to Rogers 7, in the GM release. Now, an update has been pushed out,over the air, bringing us up to Rogers 7.1. This is most likely in preparation for the official release of the final iOS 4 sometime tomorrow, for compatibility. We don’t have any details on this, but we’ll keep you up to date, if there’s any major changes. 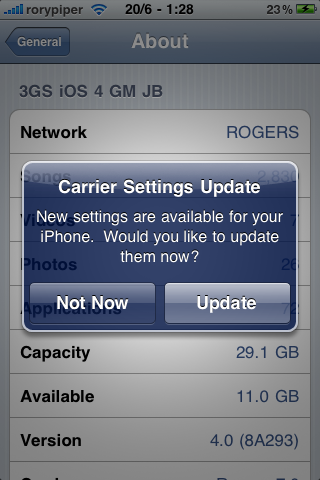 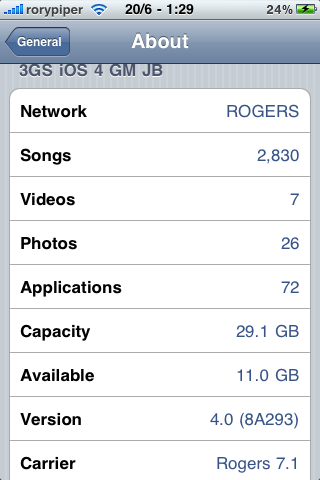