Guy Laurence, the CEO of Rogers Communications, has said at a CIBC conference in Montreal that the telecom industry “needs to stop trying to scare people into buying more data”, and start making it easier for them to know why it’s worth the price. “We need to change the philosophy of how we sell data so it’s as easy as buying petrol”, he added (via The Globe And Mail). 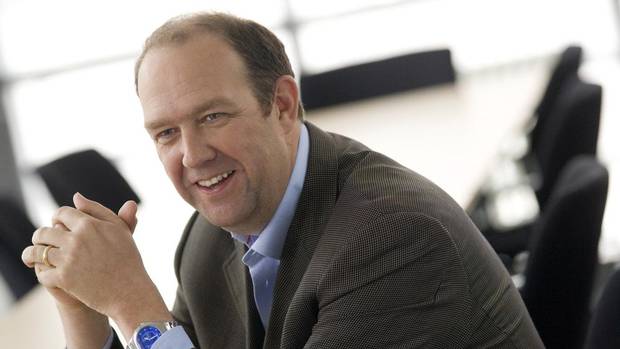 Laurence, who has been president and chief executive of Toronto-based Rogers since December, drew an analogy between buying gasoline for a car and data for a smartphone, noting that the auto industry does a much better job. “Instead of having a little yellow light on the dashboard, we send out messages going ‘Oh, my God! You’re nearly at your limit!”. Interestingly, Mr. Laurence himself had flatly rejected the idea of selling “unlimited data” packages back in May during a briefing to reporters, an option sold at some smaller carriers but not by the Big Three.

Laurence said that Rogers bought the “appropriate amount” of 700 megahertz wireless spectrum earlier this year when it bought 22 licences across the country for $3.29-billion – by far the largest single purchase in an auction that raised a record $5.27-billion from various bidders.

“We fundamentally believe that Canadians will consume huge amounts of content on their mobile phones. In order to facilitate that, you need big pipes in the sky, spectrum. . . . .And that’s what we bought,” Laurence said.

“It’s a 20-year decision. If you get it wrong, there’s no way back. So therefore it was critical that we got the right amount of spectrum now, just ahead of the demand curve which we expect to monetize when it comes.”

Over the past year, Rogers has spent billions to increase its wireless data capabilities and committed to spend billions more for rights to content, such as National Hockey League games for 12 years starting with the 2014-15 season.

According to a report from Bloomberg's Mark Gurman, Apple is parting ways with its Vice President of Procurement, Tony Blevins, after the latter was filmed making an inappropriate joke in a viral TikTok video. Blevins was one of Apple's top supply chain executives and one of Tim Cook's most effective cost cutters. Most recently, he worked...
Nehal Malik
1 min ago