Looks like we have yet another sale on the iPhone 5 on three year terms from our wireless carriers. TELUS, Rogers, Fido, Bell and Virgin Mobile have all discounted the 32GB and 64GB iPhone 5 models again on three year terms. The prices are as follows: 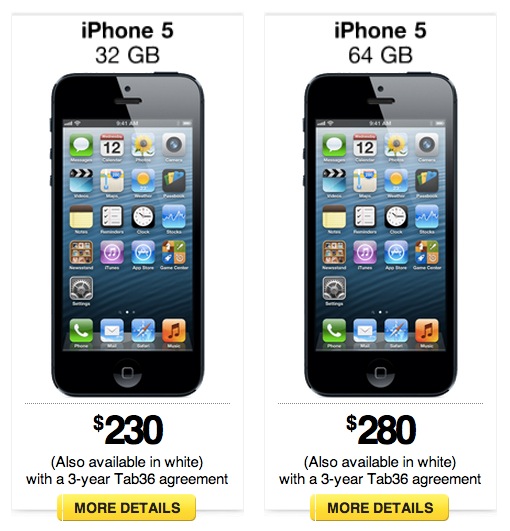 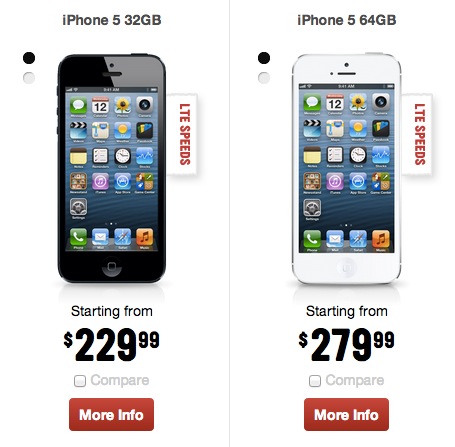 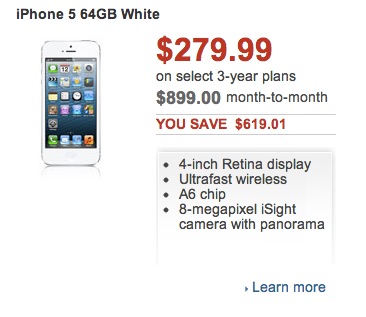 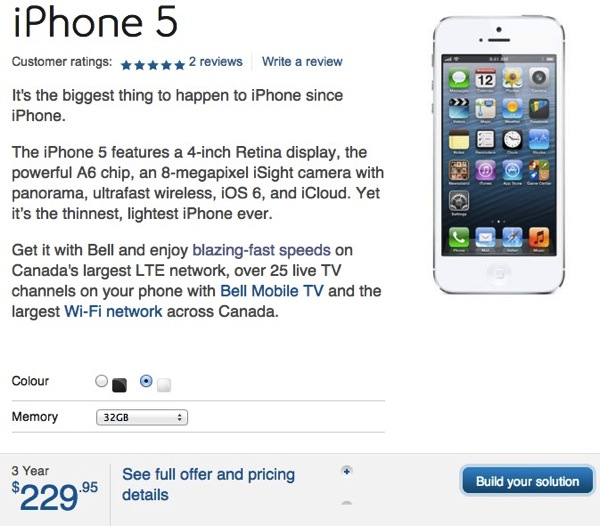 The last time we saw these prices were back in late February where a similar promotion lasted a couple weeks (TELUS ultimately had the best prices at the time). With rumours of the iPhone 5S to launch this summer with a possible upgraded 12MP camera, these early steep discounts on the current iPhone is always a good indication something could be coming sooner than expected.

Now all you have to decide is which model you want to get, and if you want to sign on for a three year term. Let us know if you’re going to jump on these sales!