If you’re looking for some fitness trackers but don’t want to shell out for Apple Watch, Rogers has some decent deals right now on a couple from Garmin for 80% off MSRP, listed on the former’s ‘Featured Accessories’ page. 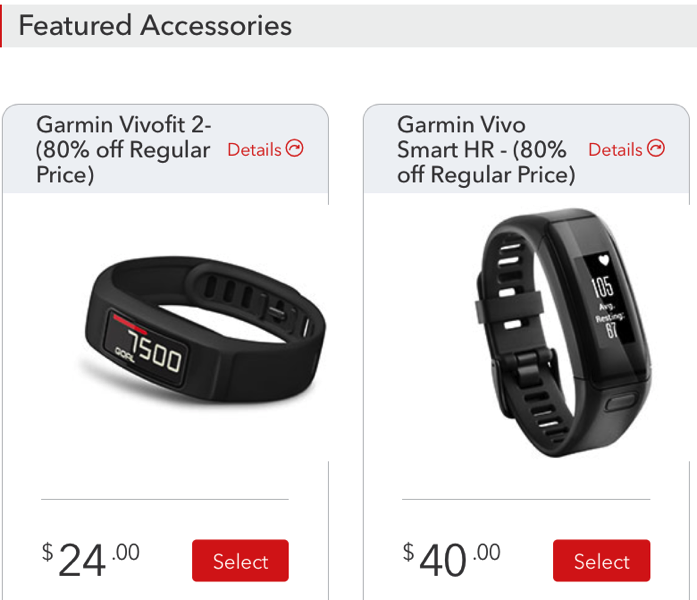 The Vivofit 2 has over one year of battery life and is mainly an activity tracker to show steps, calories, distance and time of day on its backlit display, plus it can monitor sleep.

The Vivosmart HR takes it up a notch and tracks heart rate, plus can also display notifications from your iPhone.

These might make some decent Christmas gifts if you can nab some at a Rogers store, or order online now for a belated gift.