**Pre-order your iPhone 3G invisibleSHIELD and get 20% off your order! Limited time offer, order today!**

The iPhone 3G global launch is coming our way fast and furious. In approximately 2 weeks time, the world will get to experience iPhone 3G’s new features and form factor. It will especially be a glorious day for the millions of Canadians waiting to acquire one from their favorite GSM provider, Rogers.

We’ve managed to view some images of the Rogers iPhone 3G training guide and similarly an iPhone 3G flyer via an anonymous contact. The training guide is known as the “iPhone Student Workbook” from Apple and is just under 50 pages.

This has been provided for all Rogers Wireless employees to prepare them to eat, sleep, and breathe iPhone 3G prior to the launch. In the words of the Spice Girls, this is where “2 becomes 1″…must…master…iPhone 3G specs…

In a nutshell this workbook explains everything in detail about the iPhone 3G and how to sell it to the customer. Topics range from how to use Safari, Google Maps, make a phone call, send a text message, etc. This is the same guide used by AT&T users as I noticed some parts mention a 2 year contract, but we all know by now with Rogers it’s going to be 3 (long) years.

Want to immerse yourself in iPhone 3G training? Read up and sell the device to your friends and family! Here are a few select images: 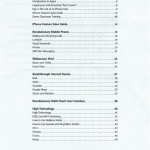 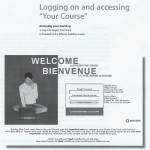 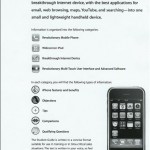 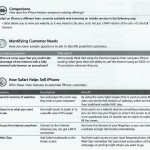 This flyer here shows some of the iPhone 3G’s latest specifications and acts as Cliff Notes for employees to quickly learn the iPhone 3G inside and out. I can just imagine a newbie employee cramming this information one hour prior to launch. Note the 24 month agreement is for AT&T is not going to applicable in Canada. Take a look for yourself (one image out of four): 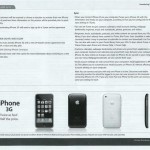 Wowzers. The iPhone 3G is going to be pretty sweet that’s all I can say. Steve Jobs and Apple has done it again. This device will sell millions and they will easily meet their target of 10 million iPhones sold in 2008. Now only if that $30 unlimited data plan will come true in Canada…we can only hope, right?

Paramount Global and Corus Entertainment Inc. announced this week they will launch their free ad-supported streaming service, Pluto TV, in Canada this winter in December. The service will debut with over 100 channels at launch, featuring shows such as NCIS, Hawaii Five-0, The Love Boat, and Judge Judy, along with Movie Channels like Pluto TV […]
Gary Ng
9 hours ago

Amazon Canada and Affirm have announced a partnership, expanding the latter’s monthly financing beyond the United States. Both companies said on Thursday a financing payment option will launch on Amazon.ca in October, in both French and English for eligible customers. An Affirm payment option will be added to Amazon.ca checkout. Customers will get a soft […]
Gary Ng
10 hours ago