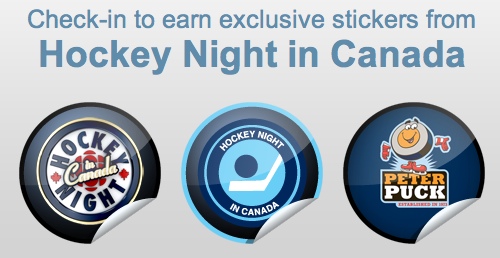 According to a report by the Globe and Mail, Rogers looks to possibly bid on NHL rights away from the CBC, thus putting the Hockey Night in Canada franchise in jeopardy. The CBC/NHL contract is due to expire in 2015, and if Rogers is successful it would mean the first time Saturday night hockey would change hands in 60 years:

“Sports is a major focus,” said Keith Pelley, president of Rogers Media. “Is Hockey Night part of our plan? It’s a little premature to talk about details, but we certainly have to take a look.”

“Saturday is still a very difficult night for us,” Mr. Pelley said, adding he could partner with rival broadcaster such as Shaw Media to secure the rights. “With our distribution now, maybe we could actually bid for Hockey Night in Canada. … This is a conversation we couldn’t have last year because we didn’t have national distribution.”

Rogers and Bell are about to become part owners of Maple Leafs Sports Entertainment, part of a former $1.07 billion majority stake into Canada’s biggest sports franchise.

Even Bell Media mentioned a consideration to look at NHL rights for Saturday night, as VP of communications Scott Henderson said they would “most likely take a look at it when the time comes.”

The rationale for Rogers and Bell to bid for NHL rights is based on recent budget cuts at the CBC, hinting they would lose momentum for a renewal. However, the crown corporation said it would be aggressively pursuing renewal, and also had the backing of NHL commissioner Gary Bettman that said a CBC-NHL partnership remains strong:

“There’s probably no more iconic brands in Canada than the CBC, Hockey Night in Canada and the NHL,” he said. “That accounts for 60 years of a great relationship, which is unprecedented, because we work so well together.”

With more and more customers watching sports away from their televisions, you would think landing NHL TV rights away from the CBC would be extremely lucrative for two of Canada’s largest wireless carriers. Both companies already provide streaming live TV to customers for a small charge through apps such as Rogers Live (which already broadcasts Jays and Raptors games) and Bell Mobile TV.

What do you think? Could we see Rogers/Bell Hockey Evening in Canada sometime in the future? What would happen to Grapes and Ron Maclean?