In continuing its expansion of their growing LTE network, Rogers has announced the high speed network has gone live today in St. John’s, Newfoundland, as announced on the Rogers Redboard. Rogers is the first carrier to launch LTE in Newfoundland. Network coverage maps are now live on the Rogers LTE website: 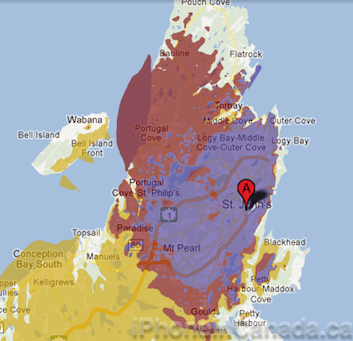 “We are proud to be the first carrier to bring our LTE network to St. John’s,” said John Boynton, Rogers Executive Vice President and Chief Marketing Officer. “With Rogers LTE wireless network coverage, customers have access to speeds similar to broadband connections, making it easier for people to use their mobile devices to download apps, stream HD videos and music or play on-line games, with virtually no delays or buffering.”

Earlier this year, Rogers announced its LTE network will reach 20 million Canadians by the end of 2012. Rivals Bell and Telus have also joined together to launch a rival LTE network, that went live earlier this month.