Standing over the intersection of Long Lake Road and Sunnyside Road in Sudbury’s south end, a new cell phone tower disguised to look like a pine tree has been installed by Rogers Communications, that will extend LTE cell service to the area later this summer, CBC News is reporting. 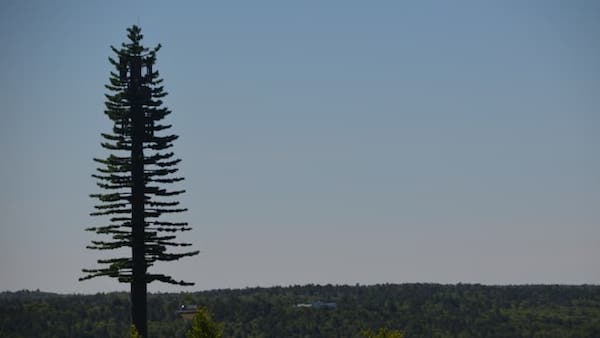 Duncan Robertson, who recently moved into his new house off Long Lake Road with his family, said he is pleased the tower looks like a tree. “It’s not as ugly as it would be if it didn’t have the branches”.

While it’s an actual cell phone tower, he says he and his neighbors weren’t really aware of that until the tree tower started to attract attention. “If they put Christmas lights on it in the winter, that might be nice, too”, added Robertson, who moved from southern Ontario a month and a half ago. 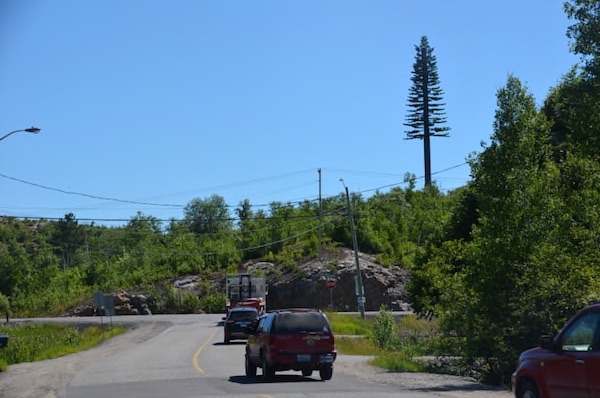 Rogers provided the following statement regarding its new cell tower masquerading as a tree:

“This new Rogers tower brings LTE to the surrounding area, with an improved, faster, more reliable and consistent wireless experience to help our customers connect to what matters most to them. We work closely with communities and municipalities to provide the best wireless services, equipment and design to meet their needs.”

“When determining the locations of our towers, our engineers take into consideration the proximity to communities, the visibility of the tower from passing traffic and existing structures, and the concerns of local residents.”

Rogers said the tower should be operational soon.