The latest survey compiled by the ‘Rogers Innovation Report‘ notes parents and children are bonding over technology via numerous ways. Here are the results of the online survey: 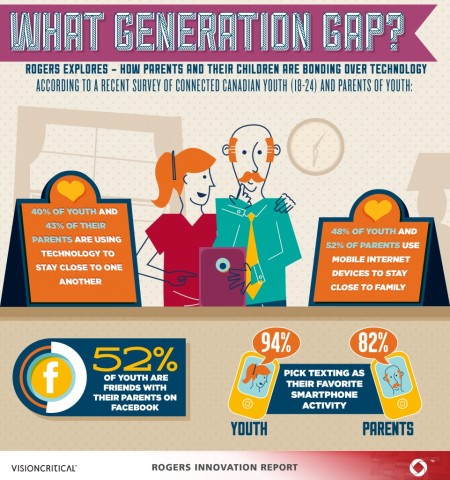