The iPhone 4 launched yesterday in the USA, France, Germany, the UK, and Japan. Reception issues have dominated Internet headlines and even Apple’s response has been questionable.

What about the iPhone 4 in Canada? When can we expect to see the iPhone? We know that Rogers, Telus, and Bell will be carrying the iPhone 4–but when? Apple stated “late July” during the 2010 WWDC Keynote, but with news of shortages worldwide, that launch might be further delayed.

Rogers Responds With an iPhone 4 Update: We Have Nothing to Say; Stop Calling Us

Rogers sent out an email update on the iPhone 4. Essentially they have nothing to report on availability and pricing and they are urging people to NOT call them to ask for updates.

Canadians will continue to wait patiently for the iPhone 4. Maybe waiting isn’t so bad given the multitude of issues current iPhone 4 users are experiencing. The second batch of iPhones could be improved and that will benefit us all.

Here’s an image of the email below, via @drakeshipaway: 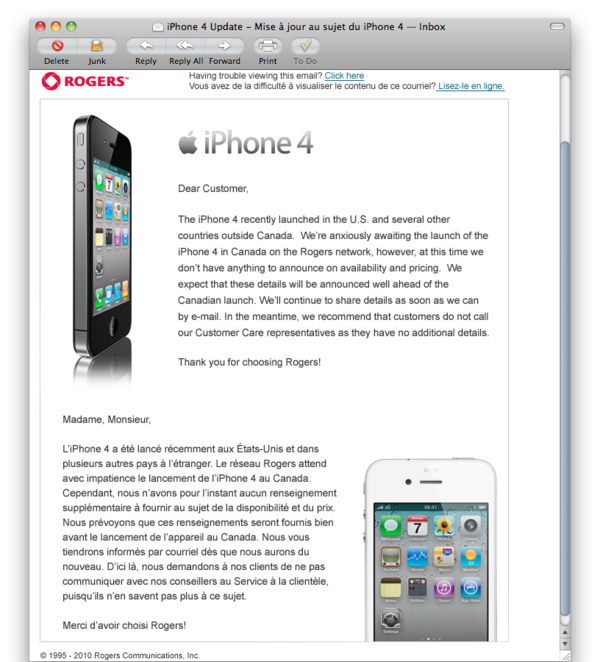 …and here’s one from Fido: 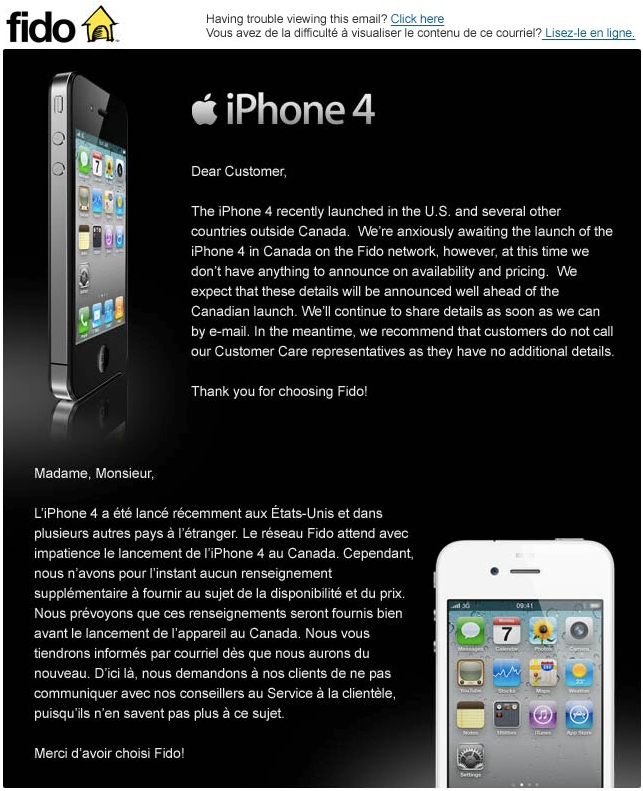 We need to start an iPhone 4 Launch Pool. Who’s in? My guess is still July 23/30 for the launch. What’s yours?

While Sony is yet to officially announce its selection of free games coming to PlayStation Plus subscribers in December, the lineup appears to have already leaked. According to the leakers at Deallabs, who have a 100% accurate record of sharing early PlayStation game leaks, Mass Effect Legendary Edition, Biomutant, and Divine Knockout are coming to PlayStation...
Usman Qureshi
34 mins ago

In celebration of Computer Science Education Week, Apple is introducing a new Today at Apple session, Coding Lab for Kids: Code Your First App, at Apple Store locations around the world beginning December 5. For those who aren’t familiar, the Today at Apple program offers free, daily in-store sessions that assist customers in unleashing their...
Usman Qureshi
49 mins ago