According to a tweet by @FidoSolutions, the reservations system should go live between 6-7AM EDT on Friday (Thanks @PeterLisi!). Expect Rogers to also have this start time as well.

@cobyrne FYI – The iPhone5 will become available on the Fido Reservation System between 6-7am EST on Friday, September 14  ^nk

Rogers and Fido customers can reserve the iPhone 5 by accessing their online MyAccount. There will be a $40 deposit required, and do note there’s no guarantee you’ll get a unit by launch day. It just holds a phone for you as Rogers/Fido receives them. Getting ahold of ample stock from Apple has been the barrier for Rogers in selling the iPhone, as formerly noted by their CEO Nadir Mohammed.

Other ways to reserve carrier upgrade phones would be at Future Shop and Best Buy, as they did this for the iPhone 4S last year. However, they have not officially announced anything yet. We’ve contacted Future Shop for clarification and will let you know if anything changes. 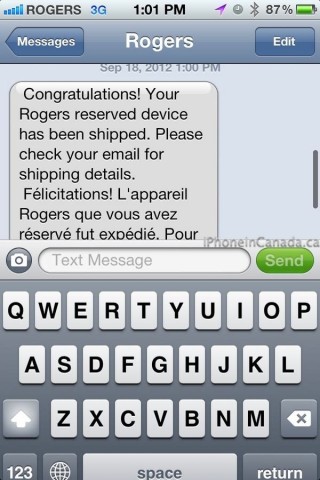 [caption id="attachment_322949" align="aligncenter" width="799"] Image: OpenMedia[/caption] OpenMedia on Friday encouraged Members of Parliament from all parties to support Bill C-288, which would require internet service providers (ISPs) to accurately report average broadband network performance to the public in each of the areas they serve. Bill C-288 comes from a private member and was tabled by...
Nehal Malik
56 mins ago