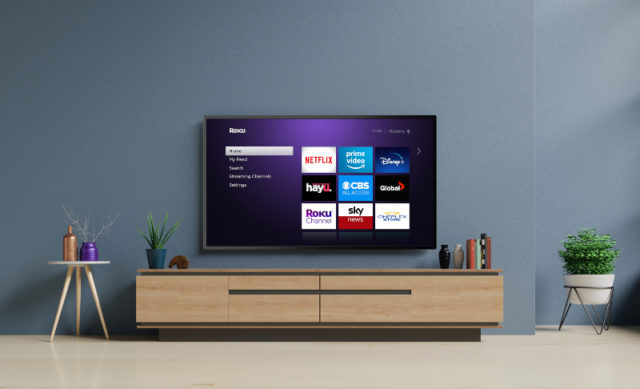 Roku has announced that its latest software update is expected to begin to release in April. Roku OS 9.3 has a heavy focus on improving voice commands and compatibility with smart home devices.

Today, Roku has revealed that “in the coming weeks” Roku OS 9.3 will start to rollout to Canadian users. With the new free software update, users can expect increased performance and heightened user experiences. Roku hopes to achieve a faster response time when navigating the Home Screen menu and cut down on the boot time.

Alongside the Roku remote voice improvements, Roku OS 9.3 will utilize Amazon Alexa and Google Assistant smart home devices. With both the Roku player devices and Roku TV models, users can control playback, navigate channels and streaming platforms. Plus, with Roku TV models, users will be able to increase or decrease the volume and operate turning their TV on or off through voice commands.

The Roku mobile app will also be revamped with the new Roku OS update. It will now include a navigation bar at the top for quick access to Roku Search. There will also be quick select options to launch mobile app features without the need to leave the remote control screen.

“The Roku OS continues to get better with a specific focus on delivering better performance, new content and more ways to find it,” said Klarke.

Roku OS 9.3 will begin to release to select Roku Players in April with additional players following soon after. Roku TV models will receive the update in waves over the next few months.