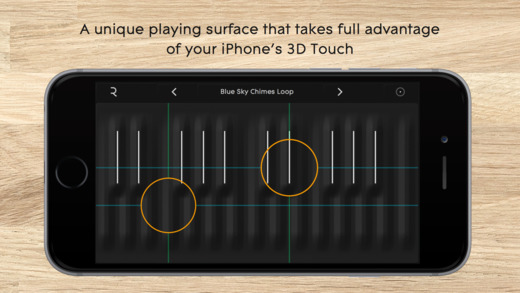 A new iOS app titled ‘Noise 5D’ with 3D Touch compatibility developed by music company Roli, has opened up new dimensions for musicians on the smartphone by turning the iPhone 6s / 6s Plus display into a responsive, miniature keyboard (via The Verge). For those who don’t know, Roli is known for its range of soft, rubbery keyboards that let musicians bend and squish notes to change their sound, something which is pretty much impossible to achieve on a normal computer screen.

NOISE is the result of years of innovative research and product development that enabled us to create the Seaboard RISE, a uniquely expressive, award-winning MIDI controller that enables 5 dimensions of touch; and Equator, its powerful native sound engine. With NOISE, we have shaped the surface of the Seaboard to maximize playability on an iPhone and remapped the new dimensions of sonic control offered by Equator. NOISE is built with JUCE, the leading cross-platform framework for audio apps.

The app has 25 preset instruments, from “Dirt Organ” to “Smoky Rhode,” and allows for a huge amount of customization. Each instrument’s sound can be modified in terms of qualities like reverb and fuzziness, and in the case of looping synths. The pressure sensitive dimensions (strike, pressure, and lift) only work on the 6S and 6S Plus, but the other two (glide and slide) work on any iPhones or iPads touch running iOS 9.0 or later. 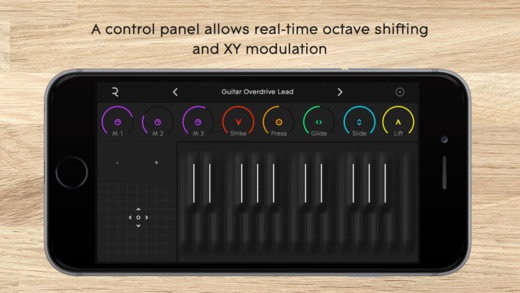 Best of all, the app is available as a free download and you can get it at the following App Store link: