If you shop at Roots, be sure to keep an eye out on their current summer promo card that brings a collection of free song downloads in iTunes. The card notes the following free downloads of some Canadian artists: 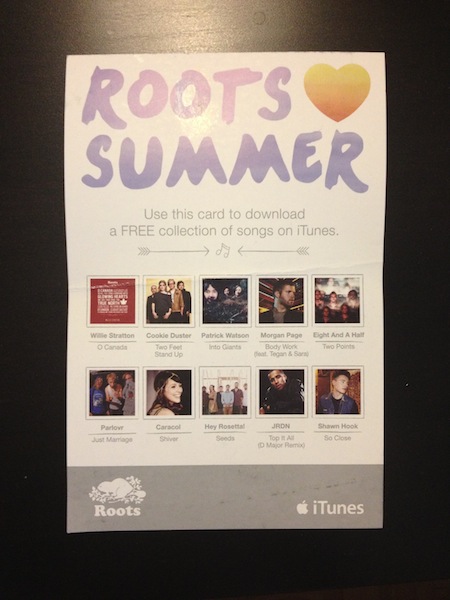 Thanks J.A. for the tip!