Rovio, the Finnish developer behind the hit Angry Birds game franchise, has today announced a 73% profit drop in 2014, with total sales falling 9% to 158.3 million euros ($169 million). As the company’s operating profit slumped to 10 million euros, down from 36.5 million from previous year, it is now betting on a costly upcoming Angry Birds 3D movie project helping it return to growth (via Reuters). 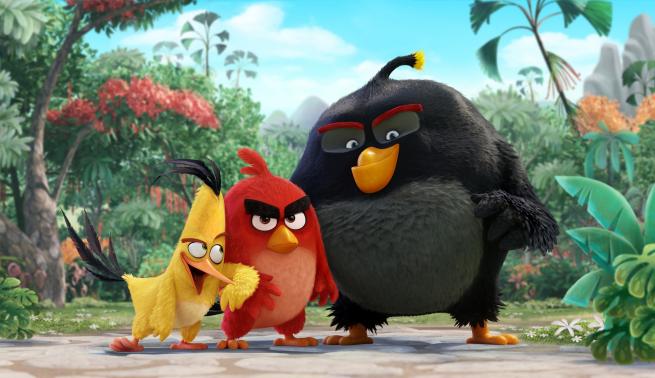 Apparently a decline in the company’s business licensing, the Angry Birds brand on toys, clothing and sweets, is adding to its problems, which has yet to repeat the success of its original game which became the No.1 paid mobile app of all time after its launch in 2009. “As (Rovio’s) franchise begins to falter, the question of whether it is a one-hit wonder rears up again,” said Steve Bailey, games analyst at IHS Technology. He continued that while competition intensifies in mobile games, Rovio’s toy business also faces big competition from Nintendo amiibo and Disney Infinity.

Rantala said the production cost of the Angry Birds movie will be about $80 million, and marketing costs, which will be partly paid by Sony Entertainment, would total more than the production budget.

“The movie will help us get the licensing business back to growth,” he said. “Pretty soon we will be able to publish new major partnership deals.” Meanwhile, the company is striving to build new characters to be expanded into new games, consumer products and animations, Rantala said.

Analyst Bailey also said that the performance of the movie will be very telling about where the franchise can go next and “how much life it has left in it”.

The adoption and popularity of cloud gaming on mobile devices are continuously on the rise. With higher demand for pristine control over beloved games, the need for functional and intuitive controllers is also emerging. Turtle Beach is amongst the latest to bring a solution to the table with its Atom and Recon Cloud controllers. The...
Steve Vegvari
1 hour ago

The Federal Trade Commission (FTC) is said to be moving forward on filing an antitrust suit in order to block Microsoft's substantial acquisition of Activision Blizzard. News of this comes as Microsoft awaits approval from UK regulators. According to three people familiar with the matter, the FTC is “likely to file an antitrust lawsuit to...
Steve Vegvari
2 hours ago

Christmas is just around the corner, and with all the sweet Black Friday deals out there at the moment, there's no better time to get your holiday shopping done. Here are our top picks for tech gifts this holiday season: Apple Gift Ideas Apple's latest flagship smartphone series, the iPhone 14 Pro, absolutely has to...
iPhoneinCanada.ca
14 hours ago