Rovio has announced it has partnered with Hasbro to bring an all-new game called Angry Birds Transformers, which will also include a line of consumer licensed goods.

“We’re really excited to combine the iconic Transformers universe with the quirky world of Angry Birds” said Blanca Juti, Chief Marketing Officer of Rovio. “This mash-up is going to appeal to those who grew up with the brand in the 80s, as well as fans of the brand today. People are going to love it!” 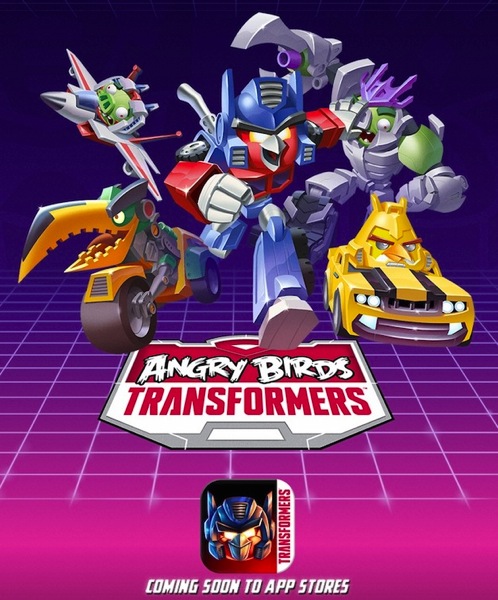 Rovio’s teaser page has the tagline “Birds disguised as robots in disguise.” Clever.

Hasbro is set to debut a new line of toys with TELEPODS technology to enable fans to bring their favourite Angry Birds characters into games. Both companies have previously worked together on Angry Birds Star Wars and Angry Birds Go!, and upcoming Angry Birds Stella is coming this fall.

If you’re an Angry Birds and Transformers fan, this might be something to look forward to.