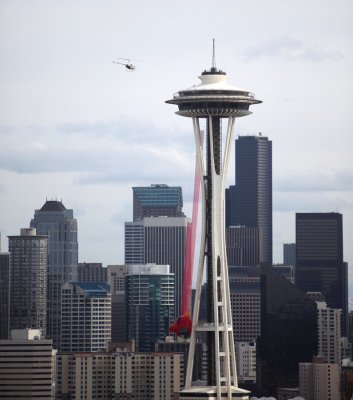 Earlier today Rovio launched Angry Birds Space, the next version of their hit game from the hugely successfully series. As part of the promo, we’ve seen Rovio team up with NASA, and today they also teamed up with Seattle’s Space Needle.

Hanging down the side of the massive iconic Seattle structure is a large red angry bird. Yes, this is real. The huge inflatable hanging bird will stay there for a few days to promote the new game. No, it will not be slingshot into space. Here’s what Rovio had to say:

“We wanted to do all things space and Seattle is famous for the Space Needle,” Angry Birds creator Peter Vesterback told KING 5 News. “So that’s why we’re here.” 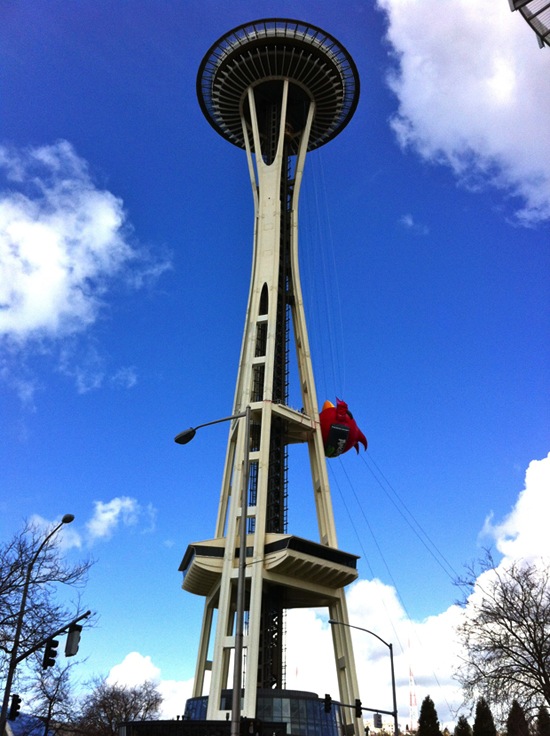 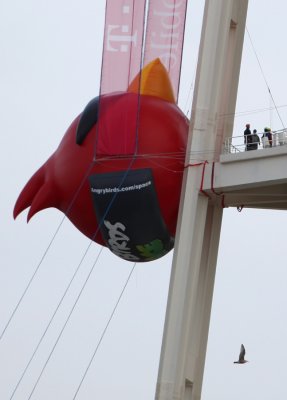 You have to love this massive publicity stunt, in the heart of Microsoft country, nearby in Redmond. Well done, Rovio. Check out our full hands on review of the game below, via @meadorsmusings: