Rovio, the developers of best selling iOS game on the planet i.e Angry Birds, are ready to negotiate a partnership deal with the owners of an unauthorized Angry Birds theme park in China. The park is called “Window of the World” in which a real-life Angry Birds game has been installed without prior permission of Rovio. Surprisingly, the company has decided to cash in on the project instead of filing a lawsuit. The game is named as “The Real Version of Angry Birds” and it allows visitors to catapult bird-shaped balls at targets with an actual slingshot. The iconic cartoon characters from Angry Birds are also used in the promotions for the game. 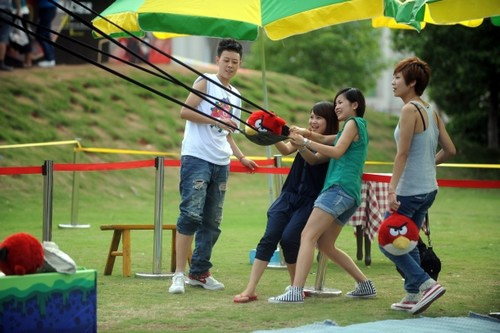 Daisy Yang, a spokeswoman for Rovio in China said:

“The game did not receive any authorization from Rovio, we learned of the theme park game from recent media reports. But rather than take legal action, Rovio has entered into talks with the theme park about creating a long-term partnership.”

However, an employee at the Chinese theme park claimed it had already received permission from Rovio’s Chinese representatives. He said that game is scheduled to run till the end of this month but the two parties are in discussion of turning it into a long term joint-project instead. 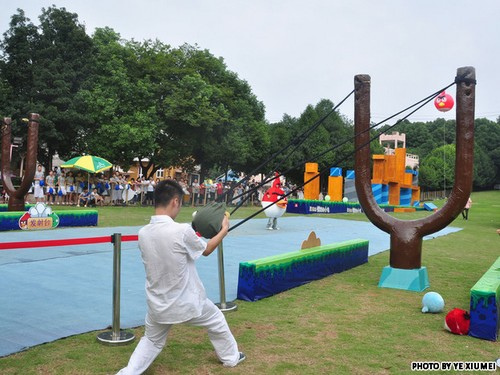