A Royal Bank of Canada customer, who had $1,734 stolen during an e-transfer, has warned that transferring money by email is much riskier than people realize. According to CBC News, the theft occurred when a fraudster intercepted an RBC e-transfer transaction and diverted the money to his own account at another bank. 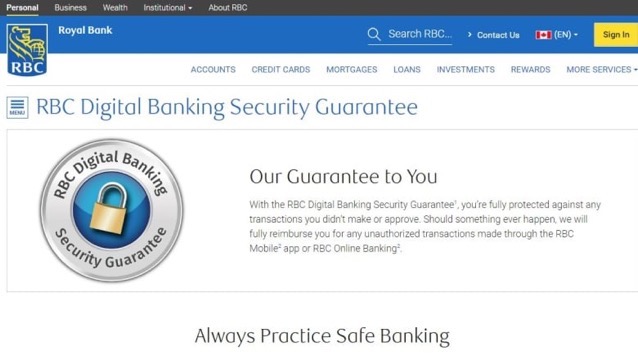 Anne Hoover from Peterborough, Ont., said that misleading marketing made her think that Interac and RBC would protect her from fraud if something went wrong during an e-transfer, but they didn’t. “I always use e-transfer,” Hoover said. “I thought it was a safe way to send money.”

An internal investigation by RBC found that the email account of Hoover’s friend Fran Fearnley, whom she was transferring the money, had been hacked and when Hoover sent the e-transfer, the fraudster figured out the answer for the security question necessary to deposit the money and used it to redirect the transfer:

How you manage those passwords is very important,” says Claudiu Popa, author of The Canadian Cyberfraud Handbook and a cybersecurity expert who advises government and companies.

“Banks and financial institutions have made it very easy to transfer money via email. Unfortunately, with convenience comes lack of security.”

Although the bank is blaming the theft on Fearnley’s email security, the manager has offered Hoover half the missing funds as a “gesture of goodwill.”