Who said the iPhone and iPad can’t be used for creation? British artist David Hockney will feature an exhibition the Royal Ontario Museum in Toronto this Fall. But these aren’t paintings from a canvas–they’re pieces created entirely on the iPad and iPhone.

The Exhibition, titled David Hockney’s Fresh Flowers, will showcase 100 iPhone drawings displayed on 20 iPod touches, along with 100 iPad drawings to been seen on 20 iPads. The exhibition is set to debut October 8th for three months. It premiered last October in Paris at the Fondation Pierre BergÃ©-Yves St. Laurent, then shifted to the Louisiana Museum of Modern Art near Copenhagen, under the title Me Draw on iPad.

Hockney, at 74 years of age purchased his first iPhone in 2008 and began creating his works of art using the app, Brushes, and furthered his works later on with his iPad. Here’s how Hockney explained his experience using an iPhone to draw art, to Toronto.com:

“I began to draw the sunrise seen from my bed on the east coast of England..the iPhone was by my bed; it contained everything you needed; no mess; so you didn’t even have to clean up.”

Who would’ve thought ‘iArt’ would be showcased in a museum?

Check out a few of his pictures below: 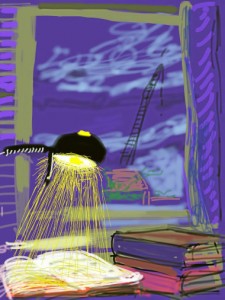 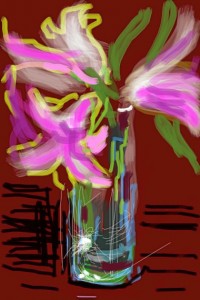 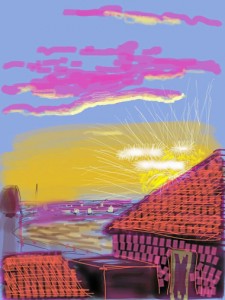 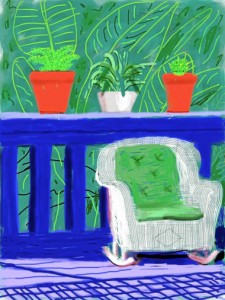 Any other ‘iArtists’ out there? This exhibit might worth checking out in the Fall.