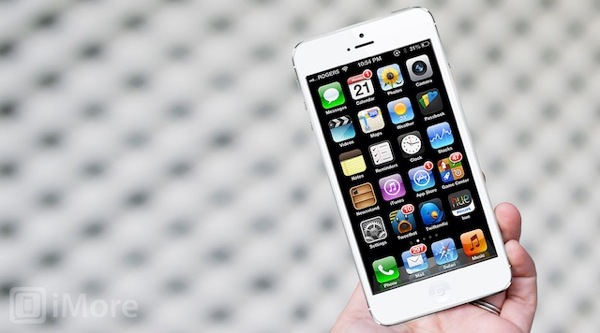 According to a translation by BrightWire, a user on the Chinese micro blogging site Weibo claims his source has seen prototypes for the iPhone 5S and iPhone 6 at Apple’s suppliers, with the latter being a larger 5-inch model.

A buddy from the apple vendor to see will be released this year the iphone 5s and iphone iphone 5s iphone 5 is said to almost the iphone 6 changes, screen should be Wucun, than crazy five wider, longer, thinner , lighter, just people not to take pictures, otherwise everyone to share.

BrightWire originally kickstarted the rumours of the a larger smartphone from Apple dubbed the “iPhone Math” with a 5-inch display, set to launch by June of this year alongside the iPhone 5S. Even though common sense from a monkey would assume Apple would never use the name “iPhone Math”, BrightWire followed up to reaffirm their original report was not a translation error.

Other reports have also claimed Apple is working on a 4.7-inch iPhone prototype to compete with larger Android handsets.

Earlier iPhone rumours from Digitimes have claimed Apple would release two 4-inch iPhones this year. Other reports have cited Apple again is working on a cheaper iPhone constructed with a plastic rear housing to target emerging markets. Until we see actual prototypes and components leaked, these reports are nothing but speculation.

Apple CEO Tim Cook recently reiterated during their Q1 2013 earnings call the company “picked the right one” by going with a 4-inch screen on the iPhone 5, opposed to competitors which have continued to release larger smartphones beyond 4 inches.