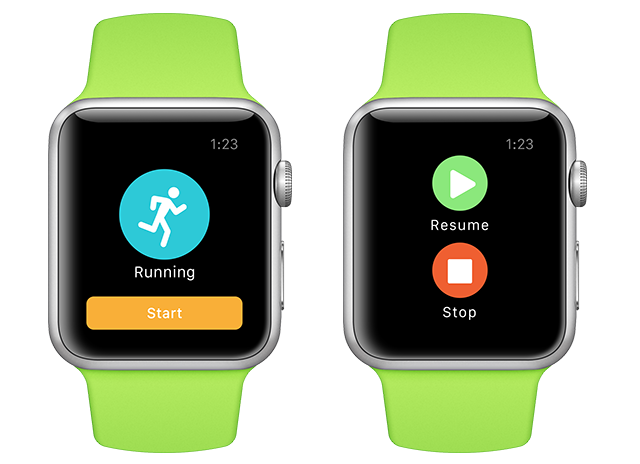 Today, Runkeeper released a new version of the app that has been designed for watchOS 2. The app now allows you to leave your phone at home when you go on a run and still get all the tracking abilities of the app.

Users are now able to get your heart rate with your run, and view a heart rate chart with on the activity summary screen from your iPhone. Given that the app is now fully untethered, you can change the activity type directly from the watch and even view a workout summary when you finished your run.

The company suggests that you run several times while carrying both the watch and the phone so it can calibrate correctly to your stride. Users can now easily pause a run or workout by simply force touching on the Apple Watch’s display. 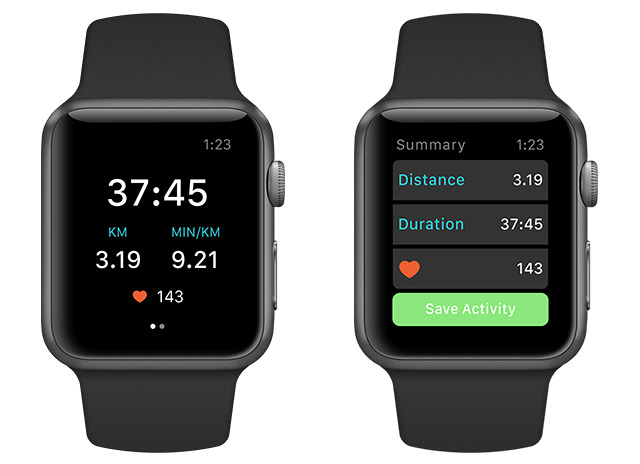 If you leave your phone at home, you will not get a map on your activity summary because the Apple Watch does not have a built-in GPS. Users will also not be able to share their summaries to Facebook or Twitter with just the watch.

“This Runkeeper update also includes post-run music analytics, so you finally know for sure if you run faster to Journey’s Don’t Stop Believin’. Play music in Runkeeper via Spotify, iTunes or Runkeeper DJ, and after your run you’ll get a rundown of your playlist and your pace per song.”

Given that the app has been completely rebuilt for watchOS 2, the app will no longer work on watchOS 1. Here is a full list of features included in the update to version 6.2:

This one’s built for iOS9 AND watchOS 2. Here’s what that means for you:

– Standalone app for the Apple Watch. Hold the phone! That means you can run without your phone and still track with Runkeeper. You’ll also get heart rate data on the run, and can easily swipe right or force touch to pause an activity on the go. Also, you get to leave your phone at home (in case you needed a reminder).

– Post-activity music analytics. “Do I really run faster to Journey’s Don’t Stop Believin’ or am I just imagining that?” Wonder no more! Run with music in Runkeeper (via Spotify, iTunes, or Runkeeper DJ), and after the run you’ll get a full rundown of your playlist and your pace for each song. You’ll also get to see the same for your Runkeeper friends. Have fun comparing notes!

– Spotify integration bug fixes. What do you mean? Nothing’s getting in the way between you, your run, and the latest Bieber hit.

– Workout rewards bug fixes. Redeeming those rewards should be a breeze, once again.

Runkeeper is available as a free download from the App Store. The device requires any device running iOS 7.0 or later. The app includes in-app purchases that range from $9.99 to $39.99.