According to Canada’s Mobile Network Experience report for May 2020, rural users in Canada on the networks of Telus, Bell Mobility and Rogers have download speeds that surpass those experienced by users in most countries. They also have access to 4G networks close to 90% of the time. 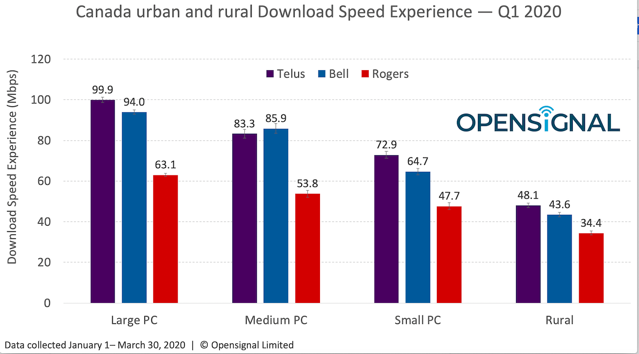 Astoundingly, rural Canadian users have far better download speeds than users in five of the seven G7 countries in the world.

Speeds for Canadian users on each of the three networks — Bell, Telus and Rogers — are between 20% and 110% faster than the overall speeds of users in five G7 countries. Among the G7, only Japanese users experienced a higher speed than some rural Canadians.

You can check out the full report at Opensignal’s website here.