Sackville resident Kevin Tory has finally purchased a remote cabin in central New Brunswick, thanks to SpaceX’s Starlink satellite internet, which Tory says is fast enough to let him conduct Zoom meetings and host virtual product demonstrations for his clients. 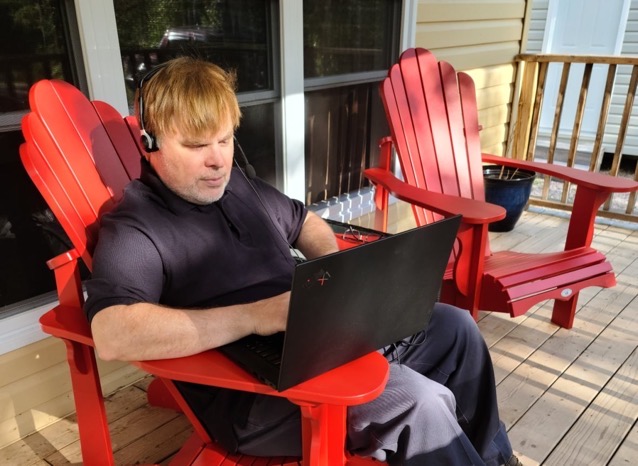 In an interview with CBC News, Tory said that he had been planning to purchase the property for quite some time but the question of whether he’d be able to get fast, reliable internet in the area stopped him.

“I looked at all the available options that … I had in various parts of the province here when you’re outside of the range of … a wire coming to your house, and really nothing would give me the total amount of bandwidth and give me the ping rate that I needed.”

After trying Starlink internet at his Sackville home for a few months, Tory said the results allowed him to feel comfortable about purchasing a cabin in Canaan Forks.

Similarly, N.B. resident Leonard Madsen, who has been an Xplornet internet customer for about seven years, said he ditched the company this summer in favour of Starlink.

“Imagine your internet never working, and when it did work, it was frustrating as hell,” said Madsen, of his experience with Xplornet.

“If it rained, it stopped working. If it was foggy, it didn’t work.”

“I have a family of five, and we all use the internet. I’m a publisher and I use the internet pretty hardcore. My kids are gamers. My wife loves the internet, and we have no stress in this house,” Madsen said.

For years the New Brunswick government has said that improving access to high-speed internet in rural communities was a priority.

Samsung and LG are gearing up to start mass production of displays for Apple's first OLED iPads, according to a report from the South Korean publication ETNews (via MacRumors). The information comes from Ross Young of Display Supply Chain Consultants, a well-known industry analyst. According to Young, both South Korean display manufacturers will produce "hybrid" panels for...
Nehal Malik
26 mins ago

Google announced an experimental conversational service based on artificial intelligence today, called Bard, confirming what was reported last week. The details of Bard look to compete against the rise of Open AI’s ChatGPT, with the latter’s inventor backed by a $10 billion investment from Microsoft. On Monday, Google CEO Sundar Pichai detailed more about its […]
Gary Ng
58 mins ago