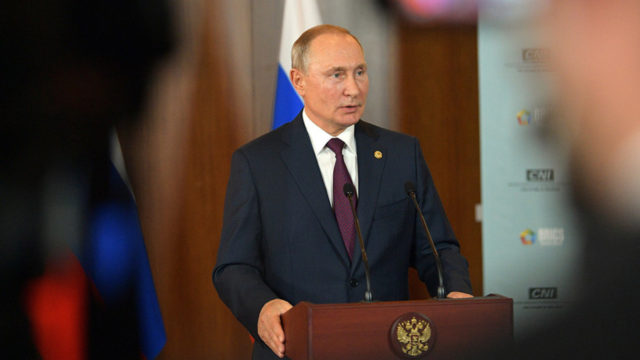 The Russian government has been successfully testing their version of the ‘domestic internet’, an isolated alternative to the global internet many of us know and love.

According to BBC, the Russian government has been running preliminary tests, although what those tests involve has yet to be uncovered. However, as BBC discovered, the Ministry of Communications has said that ordinary users would not notice any changes.

As other nations such as China and Iran have begun to place roadblocks and govern what can be seen and distributed on their domestic internet, Russia is following suit.

BBC spoke to a computer scientist at the University of Surrey, Professor Alan Woodward, who said: “Sadly, the Russian direction of travel is just another step in the increasing breaking-up of the internet.” Woodward continued to say: “Increasingly, authoritarian countries which want to control what citizens see are looking at what Iran and China have already done. It means people will not have access to dialogue about what is going on in their own country, they will be kept within their own bubble.”

The prospect of Russia launching its own version of the internet raises many concerns about censorship and access to widely-distributed think pieces and other points of data. For instance, the Chinese government has blocked access to Twitter. Russia could theoretically do the same with any platform the government wishes.

However, some believe this effort would be for not. Justin Sherman, a cyber-security policy representative at New America spoke to BBC and said: “The Russian government has run into technical challenges in the past when trying to increase online control, such as its largely unsuccessful efforts to block Russians from accessing encrypted messaging app Telegram.”

The results of these tests will be presented to President Putin sometime in the near future.

Spotify is launching a new Home experience that includes feeds for both Music and Podcasts & Shows, making it easier for listeners to scroll through the type of content they’re looking for. The updated Spotify home screen will make the experience more personalized while allowing users to dig even deeper into their recommendations. In the...
Usman Qureshi
1 hour ago