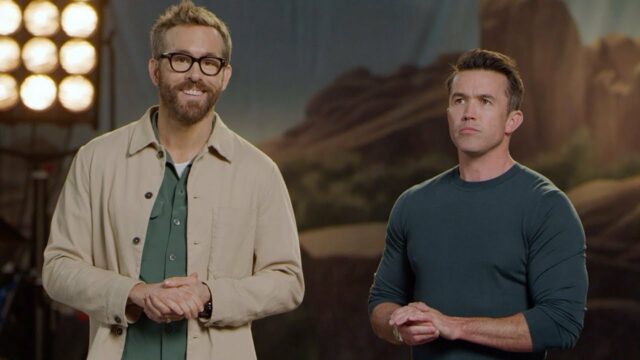 Canadian actor Ryan Reynolds has reportedly expressed the desire to produce a show focused on the Ottawa Senators. Fresh off the heels of the sports documentary series Welcome to Wrexham, based on his co-ownership of the Wrexham A.F.C., Reynolds hopes to bring the same energy for Ottawa’s NHL team.

As reported by Yahoo Sports Canada, Reynolds spoke to Ottawa Sun reporter Bruce Garrioch recently. During this discussion, Reynolds said that he hopes to make a reality documentary series based on the Ottawa Senators, in a similar vein to FX’s Welcome to Wrexham.

“One of the things [Reynolds] wants to do is get his production company, Los Angeles-based Maximum Effort, involved and what they would do is a ‘Welcome to Wrexham’-type series with the Ottawa Senators — a reality show that follows the Senators around through the course of the season, ” Garrioch said to TSN early this week.

News of this comes as reports of Reynolds seeking to gain ownership of the Ottawa Senators continue to mount. The star of Deadpool has publically expressed interest in obtaining ownership. This month, Reynolds appeared on The Tonight Show and confirmed that he would need to partner with other individuals in order to do so. “I need a sugar mommy or a sugar daddy,” Reynolds joked.

.@VancityReynolds addresses the rumors that he is interested in buying the @NHL @Senators. 👀 #FallonTonight pic.twitter.com/oMgaM08NXy

In 2020, Reynolds alongside It’s Always Sunny in Philidelphia star Rob McElhenney purchased Wrexham A.F.C., based in Wrexham, Wales. The team struggled to maintain a position within the Premier League. During its purchase and subsequent season, Reynolds and McElhenney created Welcome to Wrexham, documenting the 2020-2021 season.

The 18-episode season created a lot of buzz and generated quite a fair bit of popularity. Welcome to Wrexham airs on FX, though is available to stream on Disney+ in Canada. A second season is planned, according to McElhenney.

Currently, it’s suggested that the Ottawa Senators is valued at $655 million.