According to a new report by research firm IHS (via Re/Code), Samsung’s latest flagship smartphone, the Galaxy S6 Edge, costs more to manufacture than the current generation iPhones. It seems that the 64GB version of the Galaxy S6 Edge costs about $290 to build, including parts and assembly, which is even higher than the production costs of the 128GB versions of iPhone 6 and iPhone 6 Plus. 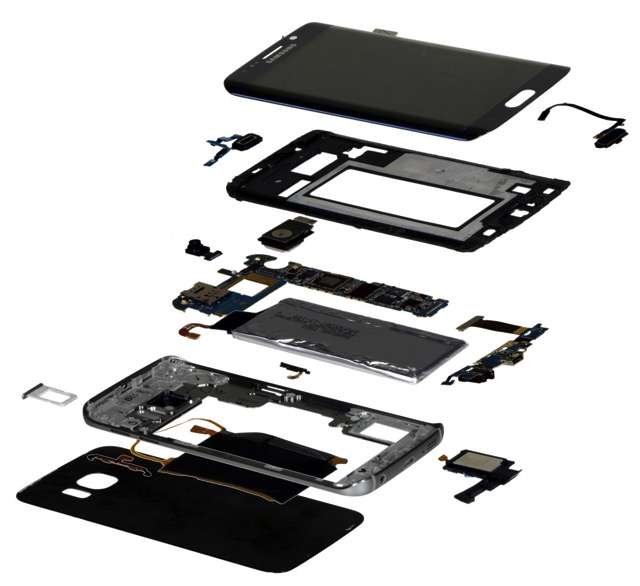 IHS has estimated that the top end of the materials cost on the iPhone 6 and iPhone 6 Plus at $247 and $263. Andrew Rassweiler, an analyst who heads up IHS’ teardown research efforts, says that the cost of components, known in electronics industry language as the “bill of materials”, has been steadily climbing in recent years. The most costly component in the S6 he said, is the curved touchscreen display which wraps around the left and right sides of the phone. The combined display and touchscreen elements add $85 to Samsung’s costs, Rassweiler added.

“Samsung is clearly studying Apple’s playbook by using things like metal enclosures and other design choices that are similar to Apple’s,” he said. “The bottom line is that this phone costs less than an iPhone to buy, but it costs Samsung more to build.”

The second-most expensive part is the Samsung-made Exynos 7 applications chip, which costs an estimated $29.50. The new high-end chip also required expensive new high-end memory chips to accompany it. The phone has three gigabytes worth of Samsung-made DDR4 memory, which added $27 to the component cost.

Rassweiler also revealed that the teardown is based on the version of the Galaxy S6 Edge sold through Verizon that contains a $15 Qualcomm-made baseband chip, while a separate analysis is being done on a version of the phone being sold through AT&T.