Last month, Apple seeded developer’s beta for Safari 5.1.4 and today, it has pushed the latest update to the public which can be downloaded for Mac and Windows platforms. Safari’s latest update is 44.71 MB for OS X Lion, 47.52 MB for OS X Snow Leopard and 36.72 MB for Windows users. Major highlights of this update include better JavaScript performance and improved pdf handling along with several bug fixes. 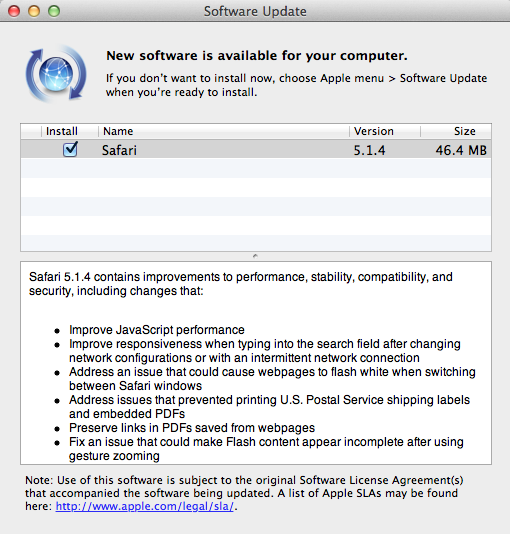 – Improve JavaScript performance up to 11% over Safari 5.1.3

– Improve responsiveness when typing into the search field after changing network configurations, or with an intermittent network connection

You can get Safari 5.1.4 via Apple’s Software Update option or by using the following link: