Safari in macOS Will Disable Flash by Default

When Safari 10 launches this fall alongside macOS Sierra, it will behave as though common legacy plug-ins such as Adobe Flash, Java, Silverlight, and QuickTime are not installed on Macs. This new “feature” is Apple’s effort to enhance the overall experience, Apple developer Ricky Mondello explains in a post on the WebKit blog (via MacRumors).

When a user visits websites that offer both Flash and HTML5 versions of content, Safari will deliver the modern HTML5 implementation, for a better experience and battery life, Mondello writes. 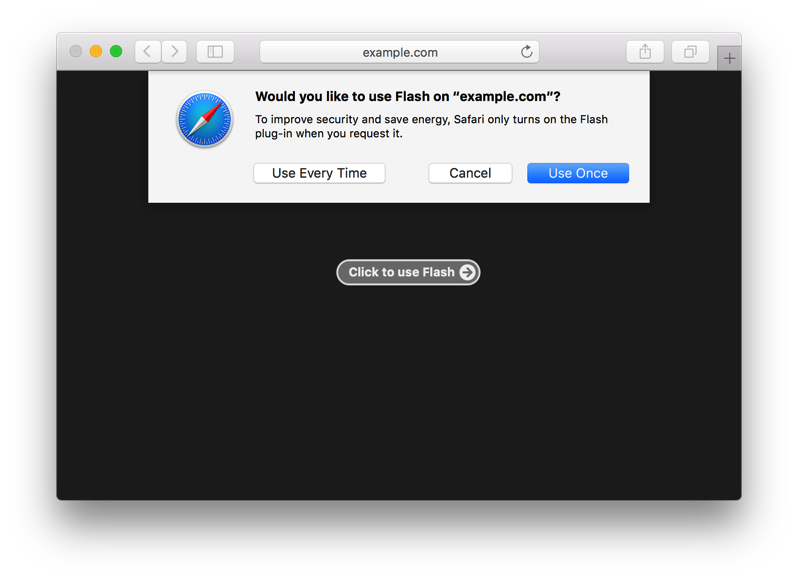 For websites requiring plug-ins such as Adobe Flash, users can activate them on that website with a simple click and decide whether they turn on the Flash plug-in once or every time the website is visited.

Most websites that detect that Flash isn’t available, but don’t have an HTML5 fallback, display a “Flash isn’t installed” message with a link to download Flash from Adobe. If a user clicks on one of those links, Safari will inform them that the plug-in is already installed and offer to activate it just one time or every time the website is visited. The default option is to activate it only once. We have similar handling for the other common plug-ins.

Safari 10 also ships with a menu command to reload a page with installed plug-ins activated and also gives users the ability to choose which plug-ins are visible to which websites in “Preferences”.

Through this blog post, Apple recommends Web developers to avoid making their users have to explicitly activate a plug-in on their website by using the technologies built into the Web platform.