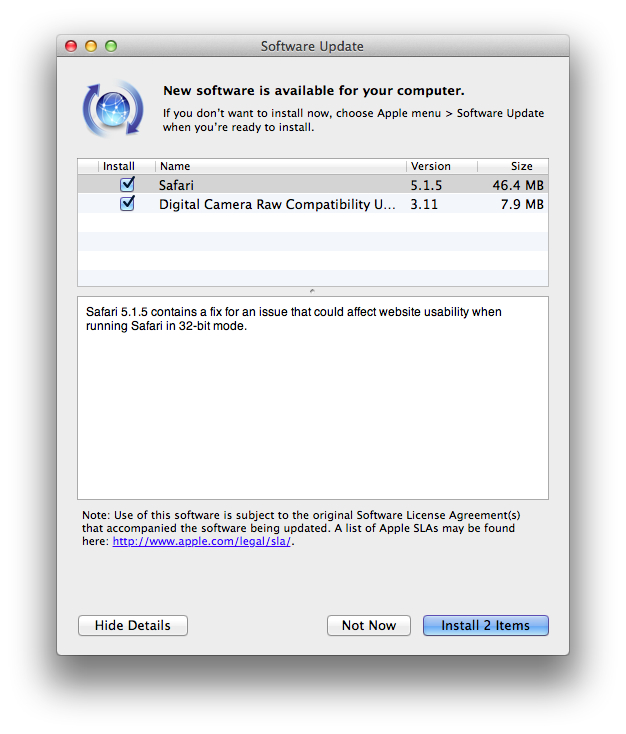 Today, Apple has released an update to Safari, bringing it to version 5.1.5. Apparently, this update fixes some issues with Safari running in 32 bit mode.

Safari 5.1.4 was released just a couple of weeks ago and brought some great improvements, but suffered in 32 bit mode. Hopefully, this update will solve these issues. You can download the latest version of Safari via Software Update, or click here, to get it right from Apple’s website.