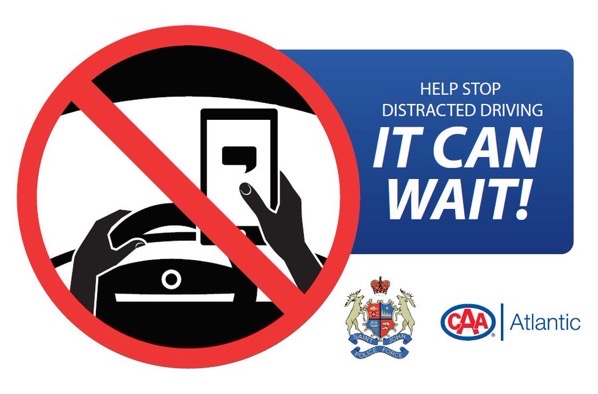 Saint John Police in New Brunswick have kicked off a new Distracted Driving Campaign this week, which it says is a “growing problem”.

The new campaign will have “zero tolerance for phone user behind the wheel,” says the police force.

According to Jim Hennessy, communications manager with Saint John Police, he said the force is seeing more instances of distracted driving on the roads today, mainly with cellphones.

“We just want to drive that message home, no pun intended, that when you’re behind the wheel, you need to concentrate on driving and that is all,” said Hennessy, reports Country 94.1.

“There’s just too many times when people hear their phone buzz or beep and think ‘man I’ve gotta look at that text, I have to check that message’ but you don’t,” added Hennessy.

“Officers see it constantly. Drivers with their heads down behind the wheel at red lights all hours of the day. People are being seriously hurt and distracted driving is making the roads extremely dangerous for everyone,” said McCaig.

Apple’s iPhone includes a built-in feature called Do Not Disturb While Driving, which automatically silences your notifications when you are driving a vehicle, when your device connects to your vehicle’s Bluetooth, or when it detects motion that may indicate your driving. Everybody should have this enabled.