In an effort to challenge Apple’s iPhone and stay ahead of its Chinese rivals, Samsung is preparing to introduce its first ever 5G-capable flagship smartphone with a foldable screen as early as next year, Bloomberg is reporting.

Citing people familiar with the matter, the publication adds that the South Korean company is already in talks with Verizon to launch its Galaxy S10 in the U.S. with a 5G wireless chipset, that will allow Samsung to secure support from the biggest U.S. carrier in promoting the new wireless technology standard. 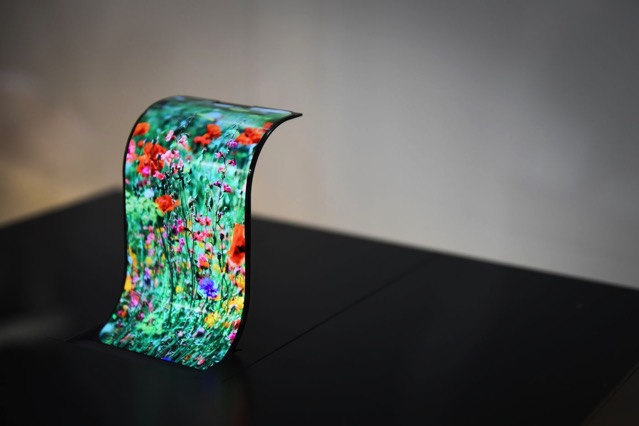 The sources also noted that Samsung has finally succeeded in embedding a fingerprint sensor under the Galaxy S10’s display, which will be released in three versions, including a cheaper variant to appeal to the masses.

In addition to overhauling its line-up of premium phones, the company is also “rushing to complete development of a bendable device”, that it hopes will let it compete with Chinese rivals like Huawei and Oppo.

“The standard S10, codenamed “Beyond,” features an OLED screen curved on both sides, round-shaped corners and almost no bezel at the top and bottom, the people said. It will be about the same size as the current 5.8-inch S9 model. The S10 has triple cameras on the back while the front camera is visible and tucked under the screen, the people said.

The cheaper version of the S10 lacks the dual-curve “edge” screen that has been a hallmark of Samsung’s premium phones since the Galaxy Note Edge in 2014 and may come without a fingerprint sensor under its display depending on costs, they said.”

One of the sources has also revealed that Samsung is debating between two prototypes of its foldable-screen device codenamed “Winner”, with one longer horizontally and the other vertically when unfolded, while both open from side and side. The bendable display, however, does not have an embedded fingerprint sensor due to technical difficulties.

Citing people familiar with the matter, a Bloomberg Law report is claiming that Hollywood super-agent Ari Emanuel has attempted to pave the way for a settlement between Elon Musk and Twitter in their $44 billion takeover deal. Sources said that Emanuel contacted Twitter board member Egon Durban and suggested the two sides find a solution...
Usman Qureshi
30 mins ago

Xplore, formerly known as Xplornet, has just announced the launch of its fibre broadband internet service in Quebec, with plans to be offered including download and upload speeds up to 1 Gbps and truly unlimited data. Xplore’s latest fibre-to-the-premise network expansion will connect approximately 6,000 homes and businesses in communities around Val-des-Sources, the MRC Papineau, and...
Usman Qureshi
44 mins ago

Apple Music Live offers concerts from featured artists for subscribers, with the latest from Billie Eilish, set to debut on Friday night. “Billie Eilish brings her world tour to Apple Music Live. She’ll be playing songs from her latest album, Happier Than Ever, in addition to other iconic hits,” said Apple in an email to […]
Gary Ng
45 mins ago