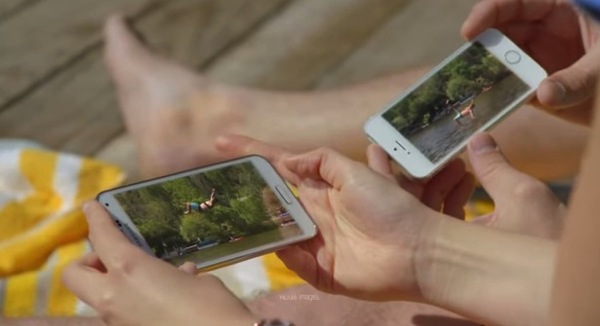 Time for some Friday Samsung funnies. Yesterday, the South Korean company launched a new Galaxy S5 ad targeting the iPhone 5s. The new ad below says the Galaxy S5 camera “snaps photos with twice the resolution of the iPhone.” Check it out below:

Fast forward to today, and Samsung has now admitted its flagship Galaxy S5 smartphone has a fatal camera flaw in a ‘limited number’ of units, reports The Verge:

“We have learned that a limited number of Galaxy S5 devices may have an issue that causes ‘Camera Failure’ pop-up error message.”

Droid Life reported on the issue earlier this week, which cited even multiple factory resets did not solve the problem:

As reported by a few owners, operation of the Galaxy S5 seems fine at first for a few days, with the camera working flawlessly. Then, with no real cause for error, the camera app shows a “Warning: Camera Failed” message. After that message appears, the camera will continuously force close and becomes inoperable, even after factory resets.

One owner took his device back to Best Buy, where a Samsung Experience employee reportedly flashed binary files to the device, with that still not fixing the problem.

Oh, Samsung. Does this qualify as Galaxy S5 ‘cameragate’ or not?