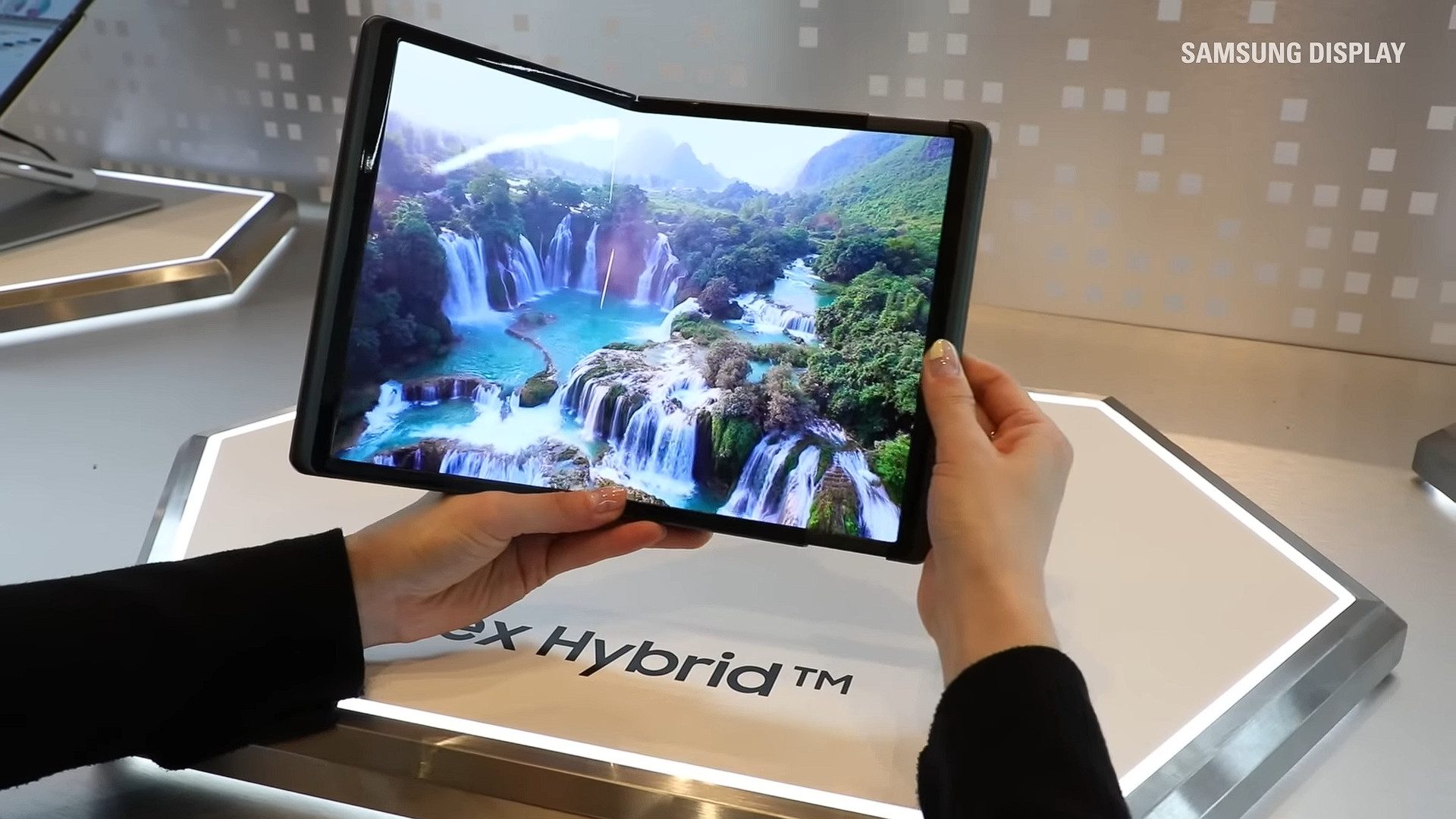 With foldable phones on the rise, Samsung and LG unveiled concepts for a variety of tablet-like devices with displays that can fold, bend, slide in and out, and shapeshift in general — reports CNET.

Both companies kicked off CES 2023 by announcing some unique displays in a variety of different tablet-like sizes.

The highlight of Samsung’s showcase was the Flex Hybrid, a 10.5-inch tablet that folds in on itself and can even be extended to 12.4 inches by sliding the right side of the screen out.

It closes like a notebook and opens up to reveal a tablet-like screen. But the real wow factor is that you can extend the screen’s size and even change its aspect ratio when unfolded. The right side of the screen slides out, extending the display size from 10.5 inches to 12.4 inches. In a demonstration at its CES booth, Samsung showed how the display automatically adjusts to show more content when the screen is extended.

Samsung’s other CES offerings included the Slidable Flex Solo and Flidable Flex Duet, which can be extended on one or both sides, respectively, and a tablet concept that folds in two different places to become even more compact.

LG, meanwhile, unveiled an 8-inch tablet that can fold inward and outward in both directions. The company also showed off a 17-inch screen that folds in half and, per the company, is almost entirely creaseless.

While these new concepts are certainly impressive, they aren’t actual products but rather tech demos. They come from Samsung Display and LG Display, display technology-focused subsidiaries of the renowned tech giants, which produce and sell screens to manufacturers that integrate them into consumer products.

That said, the concepts displayed at CES 2023 offer a taste of what the future holds. While we’re still waiting on a foldable iPhone from Apple, it looks like other companies may soon be moving on to foldable displays for tablets.

What do you think about Samsung’s and LG’s foldable tablet concepts? Let us know in the comments below.