Last week Samsung posted a series of commercials (see here and here) that pokes fun at iPhone owners. Today they’re continuing the campaign on their US Facebook page with a series of graphics that suggests the iPhone is dated and uncool. Samsung clearly wants their message to go viral.

One graphic illustrates a comparison between “Cutting edge” (their Galaxy S II) and “Old school” (an iPhone). 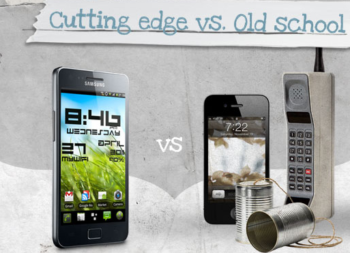 Another graphic depicts people standing in line for a new iPhone with thought bubbles that express longing for another device: “I’m experiencing serious phone envy” and “Samsung totally just caught me checking out this phone”. 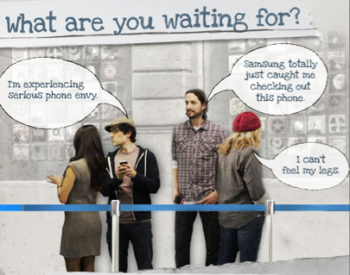 Samsung has also posted an inchoate, and in somes instances misleading, comparison chart: 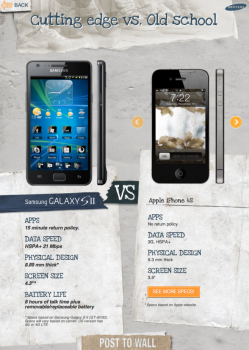 Apple partisan though I remain (along with 96 percent of iPhone users), I do think the Samsung’s Galaxy S II is a solid piece of hardware. So it seems strange that they would launch a marketing campaign that offends and alienates. As John Gruber of Daring Fireball points out, besides being “a tacit admission that they’re (at best) number two,” it also offends by saying that “people who buy iPhones are image-conscious fad-following idiots”.

The Facebook page has a few other graphics (“Dude, you’re a barista”) and some dubious copy (“If it looks the same and feels the same – it’s probably the same”). But being Facebook, just like this site, you’re welcome to share your thought in the comments. I’m curious to see what the Apple faithful have to say about Samsung’s latest efforts.