Samsung Copies Again, Introduces Its Own Version Of iTunes Store

Here we go again as Samsung, the Korean copycat giant, introduces its own version of Apple’s iTunes Store. According to Patently Apple, Samsung’s version of iTunes Store is called Samsung Content & Services, which will provide one-stop contents and service that can be accessed through Samsung’s Smartphone, Smart Pad and Smart TV devices. Looks like Samsung hasn’t learnt anything yet has it? 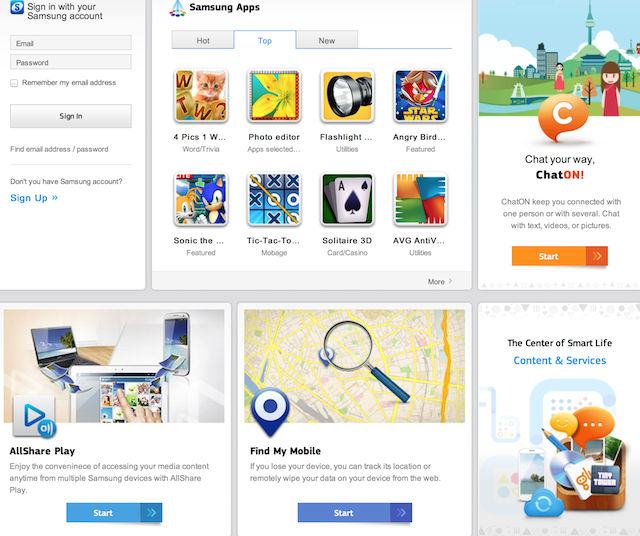 The report also highlights that Samsung has been bombarding game developers with money to create a “Tizen OS” ecosystem, and wants to have the top 100 iPhone and Android games ready for it by June 2013. Currently, its new portal offers a number of services such as ChatON and lists a number of Hubs for reading, learning, videos, gaming and more.

Yet the most interesting of all of their services and/or apps may be the one that Samsung calls Kies (keys) that carries an iTunes Store-like interface for music, apps and contacts. The kicker here is that they actually offer Kies as an OS X (10.5 or later) download.

Well, I guess Patently Apple has summed up the Samsung’s “masterpiece of true innovation” for us all:

“Now that Judge Koh halved Apple’s win against their copycat aggressor, we’re bound to see the level of mirroring Apple’s innovations dramatically escalate over at Samsung because the benefits of copying Apple far outweigh the punishment of doing so”.

Feds Quietly Relax ArriveCAN App Requirements at the Border The federal government quietly implemented a one-time ArriveCAN exception for travellers crossing into Canada by land — reports The National Post. Every individual coming into Canada is required to provide their personal and vaccination information on the ArriveCAN app for their border crossing to be processed....
Nehal Malik
20 hours ago