A recent patent filing from Samsung published by the the U.S. Patent and Trademark Office titled “Wearable Device”, discusses the South Korean copycat giant’s new ‘exchangeable strap mechanisms’. As pointed out by PatentlyApple, the filing clearly shows Apple Watch designs with its classic backside charging mechanism that Samsung doesn’t incorporate, and nowhere in the patent do they reference the designs as being from Apple. 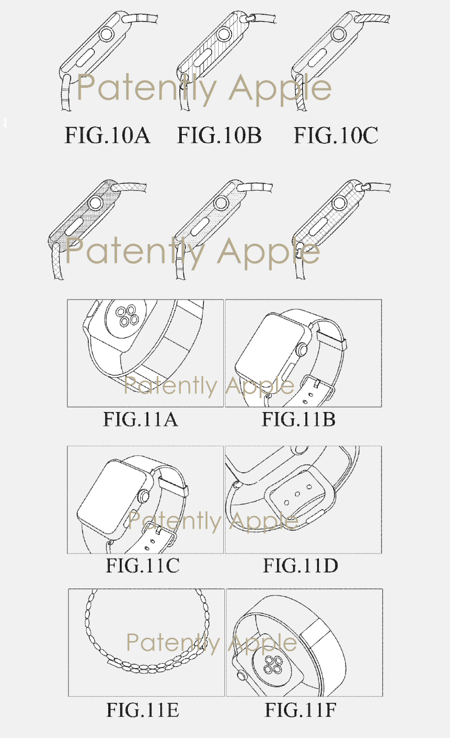 As you can see in the above figures taken from Samsung’s patent filing, various Apple band styles are also easily recognizable. Samsung’s patent notes that “The band for adjustment may be coupled with the band for fixing through a structure, such as a separated buckle or a continuous integral buckle, through a magnetic attracting force, or through a hooked ring or hooked member”. How genius?

Well there you go, Samsung has once again been caught red handed in a shameful and sleazy act, which is ironically, not surprising at all.