The saga continues with Apple and Samsung. The South Korean company filed a trade complaint recently to block iPhone imports based on allegations Apple infringed on their patents.

The latest update is Samsung has decided to drop their countersuit, and filed a voluntary dismissal. This action is believed to enable Samsung to concentrate on the its defense against Apple’s original lawsuit, as noted by FOSSpatents.

Just before the July 4th long weekend, Apple filed a motion for a preliminary injunction targeting the following Samsung products:

Four intellectual property rights (three design patents and one utility patent) are being asserted by Apple, as they believe these can be determined in court quickly. According to Florian Mueller, this is Apple going for Samsung’s jugular:

Shooting for a preliminary injunction is a bold gamble for Apple. If Apple’s motion is granted, Samsung will be forced within a matter of a few months — possibly less than two months — to take it flagship Android-based products from the U.S. market. Just the possibility of this happening could lead Samsung to settle with Apple early on. But if Samsung doesn’t cave and Apple’s motion fails, Apple’s position will look weak.

Florian has an impressive visualization of the whole Apple versus Samsung legal saga. Click here to check out his updated patent ‘battlemaps’. 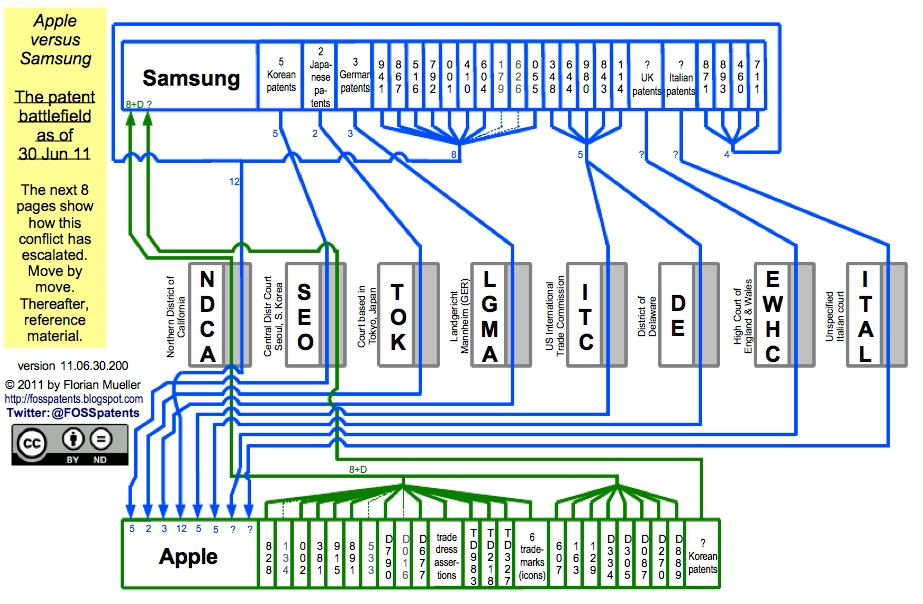