A Samsung Sponsored Facebook Phone May be in the Works [Rumour]

According to a report by GforGames (via The Korea Herald), a recent meeting between Samsung’s vice chairman Lee Jay-yong and Facebook’s Mark Zuckerberg at Samsung’s headquarters in Korea, Seoul, hints at an apparent collaboration between the two companies over development of a new Facebook Phone. However, there is no official word yet on any new Facebook branded smartphone. 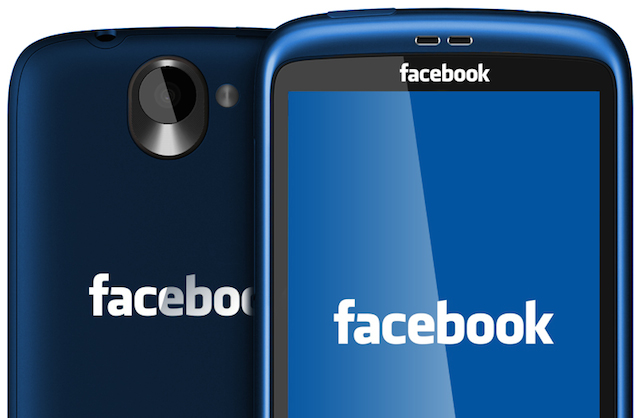 The source claims that an official who attended the meeting has said that as Facebook continues to focus on its social network, “the company is on the lookout for a trustable business partner on the hardware side of things”, and that Samsung may be the right company. It must be noted that the two company CEOs have met for the third time this year. Furthermore, it is reported that the companies have discussed “futuristic business projects”, as officials at Samsung Open Innovation Center in Silicon Valley flew in and participated in the meeting.

“In other words, Samsung and Facebook seem to be cooking something, and it might not be just another “Facebook Phone” (although several media reports from South Korea are claiming that a Samsung-built Facebook phone is going to happen). The resulting products can technically vary from Samsung smartphones pre-loaded with more Facebook applications, to various gadgets other than smartphones (like the Gear VR). Perhaps Facebook is planning to release a wearable of its own which revolves around social interaction, but we’re just guessing.”

Eero, an Amazon company, has just announced a new range of WiFi solutions, including eero PoE 6 and eero PoE Gateway Power-over-Ethernet (PoE) devices, for setting up faster, reliable WiFi networks at homes and businesses. The eero PoE 6 is a dual-band Wi-Fi 6 PoE access point that provides up to 2,000 square feet of coverage...
Usman Qureshi
14 mins ago

Amazon today announced at its special event an update to its best-sounding Echo speaker, the Echo Studio. This speaker is now available in Glacier White, joining Charcoal, while it also gets some enhanced audio technology updates, that will be available for all existing and new users. New custom spatial audio processing technology and frequency range […]
Gary Ng
23 mins ago

Apple's new Crash Detection feature, available on iPhone 14 and the company's latest Apple Watch models, is designed to automatically contact emergency services in the event of a severe car crash.  However, it can sometimes mistake a rollercoaster ride for a car crash (via Reddit). One Reddit user found this out the hard way when...
Nehal Malik
40 mins ago