Samsung’s marketing team is the gift that just keeps on giving. Back in August, images reportedly showing off the Galaxy A8 camera were actually images from a stock DSLR photo.

Now, Samsung has again used a stock DSLR photo to fake marketing materials for the Galaxy A8 Star on its Malaysian website. 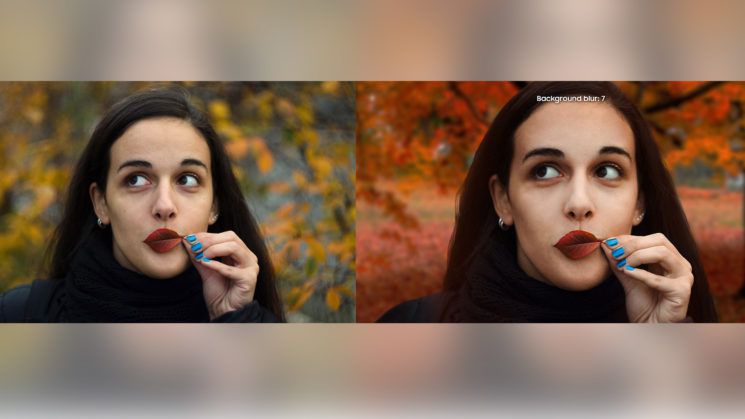 Photographer Dunja Djudjic explains on DIY Photography (via Daring Fireball) how she discovered Samsung had used her stock image, by performing a reverse image search of one of her photos sold:

Earlier this year, Samsung was busted for using stock photos to show off capabilities of Galaxy A8’s camera. And now they did it again – they used a stock image taken with a DSLR to fake the camera’s portrait mode. How do I know this, you may wonder? Well, it’s because Samsung used MY photo to do it.

Whoever created this image, they also cut me out of the original background and pasted me onto a random photo of a park. I mean, the original photo was taken at f/2.0 if I remember well, and they needed the “before” and “after” – a photo with a sharp background, and another one where the almighty “portrait mode” blurred it out. So Samsung’s Photoshop master resolved it by using a different background. 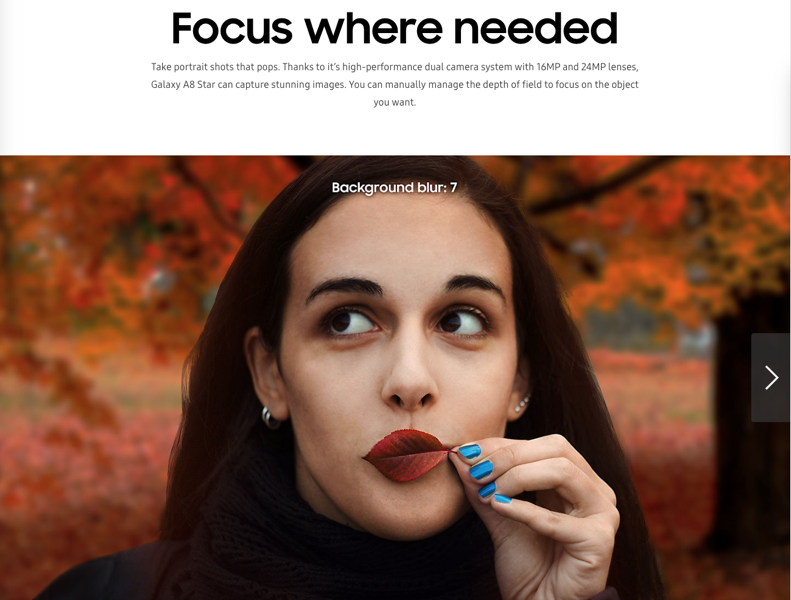 Djudjic says she tried to contact Samsung but didn’t get anywhere or hear a response. Her message is to warn people to take ads with a grain of salt, as her doctored stock image now is on the Samsung website, tricking people into believing the photo was taken by the Galaxy A8 Star itself.

In other Samsung marketing news, the company also recently was tweeting about its Galaxy Note 9—using an iPhone (this never gets old):