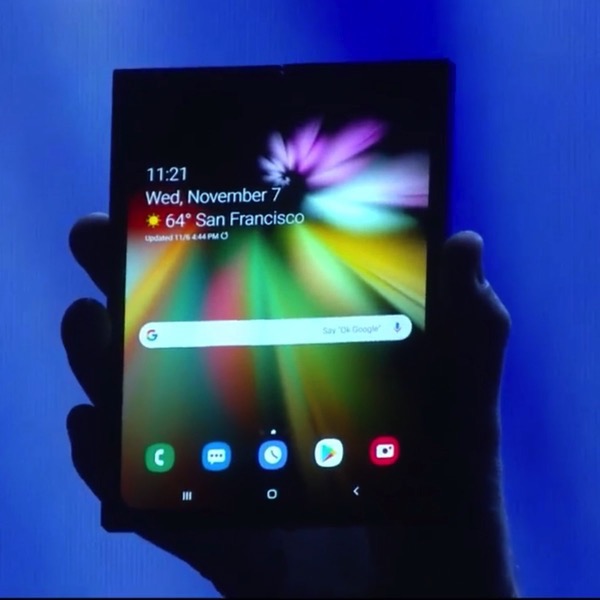 Samsung President Koh Dong-jin, who also heads the company’s mobile business, said last week that the company will release a foldable smartphone within the first half of 2019, which will have a shipment volume of at least 1 million.

The company is also expected to showcase the ‘Galaxy F’ foldable smartphone at the Mobile World Congress in February, one month ahead of its official launch. The said device will, however, not support the 5G wireless standard.

While the price of the foldable smartphone has not been decided, industry watchers said it may cost around 2 million won (US$1,770). The steep price is expected to limit sales.

Samsung said the upcoming foldable smartphone will fold inward and will sport a 7.4-inch screen when unfolded and have a 4.6-inch display like a regular smartphone when folded.

Google's first Pixel smartwatch, aptly dubbed the "Pixel Watch," has leaked in more detail just one day ahead of its official unveiling at the Made by Google event on Thursday, October 6. The leaks come courtesy of Twitter user Roland Quandt (@rquandt), who spotted premature listings for the Pixel Watch on the Japanese electronics store...
Nehal Malik
56 mins ago