Samsung’s New 5.5-Inch Galaxy A7 Tries to Rival the iPhone 6 Plus [PICS]

Samsung has announced the Galaxy A7, a larger version of their Alpha-series smartphones which sport chamfered iPhone 5/5S-like metal edges. The Galaxy A7 has a 5.5-inch HD display and says it’s 6.3mm thin, which makes it slimmer than the iPhone 6 Plus (7.1mm) and iPhone 6 (6.9mm), but there is a large protruding camera bulge (much larger than the 6 Plus). 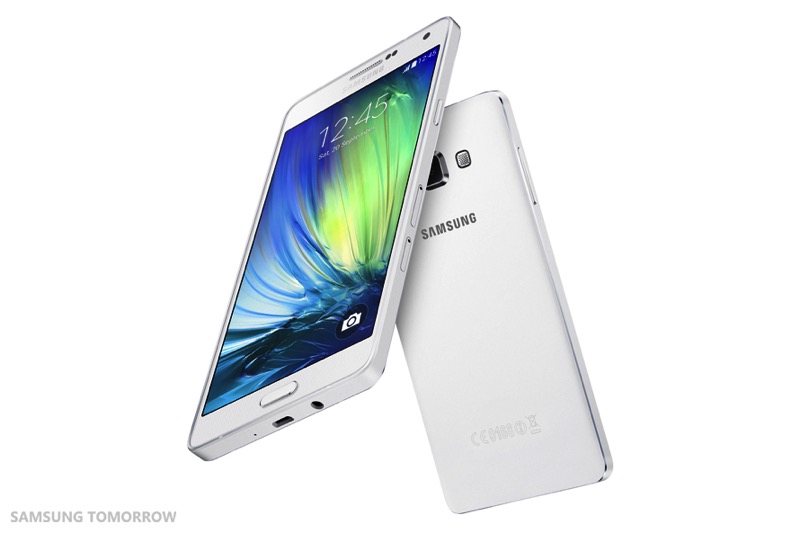 You can check out the device’s specifications below (the 6 Plus has a 2915mAh battery): 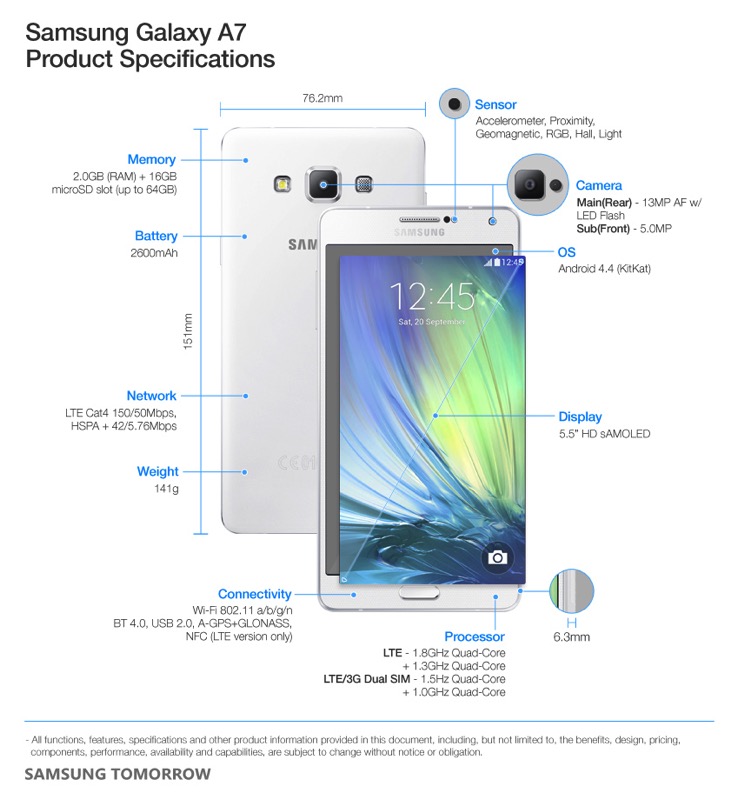 The company’s mobile CEO JK Shin said “We strive to develop devices that appeal to a broad range of consumers and are ahead of the next big social trend.” Gotcha.

Samsung’s Alpha-series smartphones don’t sport the latest high-end hardware found in their flagship Note or Galaxy S phones, but rather is their attempt to target a younger, budget conscious audience with the device’s ‘social networking features’. In other words, can’t afford an iPhone 6 Plus in China? Buy the Galaxy A7 instead.

No release date or prices were provided by Samsung, but its previous A3 and A5 devices launched back in China last November.