Last month, Samsung announced the launch of its Galaxy Fold with 7.3-inch Infinity Flex Display in Canada, starting at a hefty price of $2,599.99 CAD. The device had seen a botched initial release back in April after early units in the hands of reviewers ended up with screen issues related to the fold. 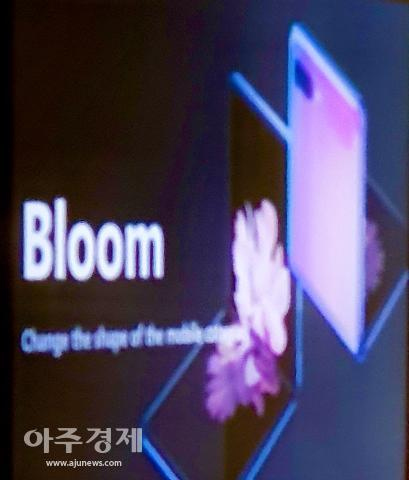 Now, Korean website AJU News has posted what appears to be the very first leaked image of the ‘Samsung Galaxy Fold 2’ which is believed to be from an official Samsung presentation that was shown privately at the CES 2020 event in Las Vegas (via BGR).

The image shows the word “Bloom” in large letters next to a phone that fits the description of Samsung’s upcoming Galaxy Fold 2. Gadget blogs have been quick to jump to the conclusion that this new foldable phone will be called Galaxy Bloom when it launches, but it’s unclear if Bloom is the official name or just a codename that Samsung uses internally.

Google Translation of the Korean website says Samsung aims to target women in their 20s with the ‘Bloom’, modelled after makeup company Lancome’s compact. The name ‘Bloom’ is supposed to represent flowers blooming and the smaller size of the compact foldable smartphone is supposed to be ‘comfortable’ for women.

Citing ‘reliable sources,’ BGR claims that the Samsung Galaxy Fold 2 will be completely different from the first-generation model. The device will open like a clamshell phone instead of folding open along a vertical hinge, similar to the upcoming Motorola Razr foldable smartphone.

Samsung is expected to give a first look at the Galaxy Fold 2 at the Samsung Unpacked event on February 11th.