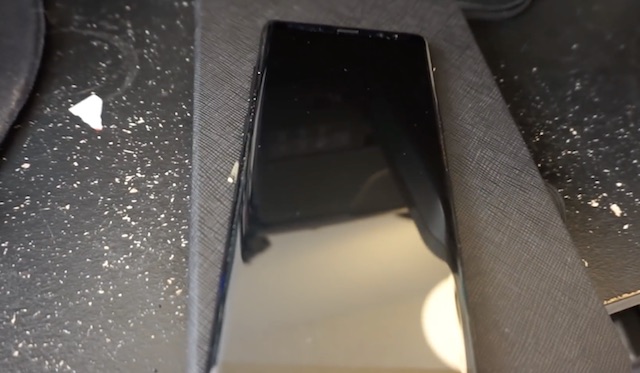 A growing number of users of Samsung Galaxy Note 8 and Galaxy S8 Plus, the South Korean company’s two top tier smartphones, are reporting that their phones are refusing to accept any charge, leaving them with dead devices.

According to AndroidAuthority, the issue occurs after the phone falls to 0% battery and switches off, following which the device becomes completely unresponsive, including the LED charging light.

My wife’s Note 8 turned off today and won’t turn back on,” reads one such complaint. “Tried the soft reset and safe mode button pushes and it won’t turn on. When it’s plugged in, the red light doesn’t turn on.”

Another adds: “I’ve tried 3 different power cables and cords but nothing. I charged overnight and still nothing. Completely dead.”

A complaint from another user says: “Won’t charge with a cable. Even tried a wireless charger. The blue light [illuminates] on the charger. But Phone won’t turn on.”

The source notes that the problem also appears to be affecting some phones sold via carriers, with Verizon, Sprint, and T-Mobile customers all posting similar concerns. Fortunately, Samsung is responding to those affected in most cases, and is advising customers to return their faulty phones for a warranty replacement.

Check out the following video recorded by a user showing an attempt to revive a defective phone to no avail.